Accountability Starts And Ends With The Leadership 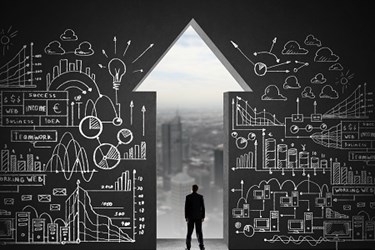 In growing technology companies, adding team members seems as routine as brushing your teeth in the morning. Logic says, the more work you have, the more people you hire, and all of the work gets done.

If this logic held true, then why does it often seem like the more people you hire, the more issues you have, and the less work that gets done or the work that is getting done has an increased level of issues? Growing pains prevail and accountability issues end up being the bug in that logic.

To create a culture of accountability in an organization or team, the culture needs to change in a way that centers on accountability; and at the center is accountable leadership.

Leadership Accountability Vs. The Blame Game

Social media has made it too easy to shift blame for one’s actions. We see the shifting of accountability when something goes wrong so often that unfortunately it is becoming the social norm. Though this may be a growing strategy in politics and on Wall Street, there is no place for it in a technology organization whether it is a start-up or a Fortune 100 company.

Nobody relies on, nor trusts, leaders who run at the first sign of trouble. Pointing a finger at others to try and shift the responsibility for the outcome is not on any top leadership traits lists. The team looks up to their leadership at every bump in the road for guidance and support. If you are unable or unwilling to be there in the tough times, your team will lose their trust and dedication to the job. Whether you are on the upside or downside of a technology boom, set the example and accept accountability for everything you do.

Just as when you readily accept credit when the good times roll in, you should just as willingly step forward into the spotlight when things go wrong.

It is crucial for technology leaders to be accountable themselves before they expect it at all levels of their organization. Accountability is about ownership. The more a team is given ownership for what they are responsible for, the more they will own it. Same goes for the leadership level and vision for the company. Leadership owns the vision for the company. They are accountable for that vision. Too often we come across leaders who view their teams as the ones who should be accountable for driving the organization forward. Just remember, for them to be accountable and driving it somewhere, they need to know where it is going and what part of that path they are responsible and accountable for.

I was brought into a media technology organization by the CEO who felt he had a major issue with accountability. He was continually frustrated when things fell through the cracks or someone didn’t follow through on what they said they would do. It didn’t take long to see where part of the problem was. After attending five meetings and phone calls with the team, the CEO was not on time to a single one nor did he have a single action item from the prior meeting accomplished. His response, “Well I don’t count, I have so much going on as CEO of the company.”

Effects of Accountability In An Organization

Think about the people you trust in your life. You can depend on them in good times and bad. You know they’ll have your back if you are ever in a crisis. You also know that they will do what they say they’re going to do. That’s exactly how employees want to perceive their leaders. Employee engagement goes down if the team is unable to trust their leadership to accept the consequences of their actions and take corrective and preventative measures. When something goes wrong, it shouldn’t feel like a scene from the movie Groundhog Day within the organization. Accountability includes fixing and preventing issues from reoccurring.

Leaders who uphold the organization’s core values inspire their employees to emulate those same values. They create a culture of trust and accountability at every level, not just at the top. Start with giving employees a safe place to practice accountability. At review meetings, ask them to self-assess their results and identify the reasoning, including the not-so-perfect areas, without pointing fingers. This can be a good start to get them thinking about accountability and practicing it in a safe and secure environment in a bit more private setting.

Ways To Become An Accountable Leader

Becoming an accountable leader starts with the willingness to be held accountable. Allow yourself to be met with criticism and the consequences of mistakes and failures. And when your actions produce positive results, celebrate the successes as well.

Our company is comprised of current & former business owners as well as top level HR executives.  We have the background & expertise to listen, understand, and work with you to successfully bring you the executive (or team of executives) with the right expertise and background to provide you with the key insights, advise, execution and/or results you are looking for. 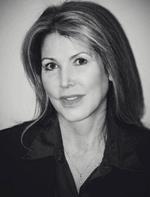 Kristen McAlister is President/COO and Co-Owner of Cerius Executives. She has extensive experience in leading major acquisitions, sales and operations initiatives with small and large privately-held companies to publicly-held international companies. Kristen has spent the last ten years facilitating companies on how to market, sell, present and execute their goals with clients and adding value through operations, sales, marketing and entrepreneur coaching.