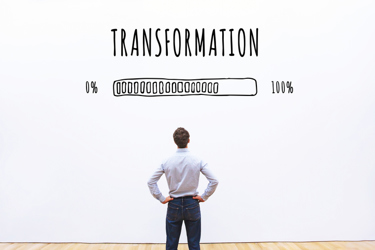 In its day, the RPG-driven AS/400 was the early form of distributed computing. It was fast, inexpensive and RPG was relatively easy to learn.

Today, the AS/400 can be the most gnarly of legacies.

Nobody talks innovation with an AS/400.

AS/400 apps are often the backbone of distribution or retail systems. They can be changed if one wants to spend millions of dollars, decades in change control, and risk disruption across the entire customer value chain.

Using traditional technologies like microservices isn’t much help, nor is movement to the cloud. In both cases, each app has to be rewritten from scratch, perhaps some of that source is no longer available, and certainly, the tribal knowledge person is likely to be in a retirement home.

This is a multi-million-dollar endeavor with little upside. All you have done is moved the app to someone else’s data center.

System Oriented Programming is a promising alternative to solving many of these problems.

System Oriented Programming is the next step beyond microservices.

Micro apps offer some hidden benefits for our AS/400 friends.

Since the app is built as a tiny, replicable micro app, even complex applications can be delivered in a business quarter or less. Build one app, with 1,000 records, run it, then replicate the micro-app to scale up to billions of records. Nothing in the individual app changes but the collection of apps, the SYSTEM, is now running at production scale.

Micro apps have the hidden benefit of not needing to ever touch the legacy source code. There are no recompiles or cross compiles. A Node.js full stack developer or two can take the various data feeds, direct them to a System Oriented Programming server, and build out the functionality the legacy system delivered.

An inherent result of micro apps is low code footprints. In current production apps, code footprints of millions of lines of code are reduced by factors of 10x or more. This impacts future maintainability.

AS/400 users attempting to migrate to the cloud do not want to incur the costs of VMware, Oracle, or the other legacy “taxes” in large scale deployments. With System Oriented Programming they do not have to do so.

Each micro app has its own collection of multi-model databases. If the app is best served with a relational model, the micro-app utilizes a relational model. If it is best served with document, hierarchical, index driven, or graph models the System Oriented Programming stack provides them. It is common for a single app to use multiple database models depending on what best fits each portion of the app.

Those AS/400s and their power consumption may go to the scrapyard but they are NOT replaced with equally energy-eating monsters. Micro apps are typically deployed on an Intel NUC costing around $2,000.

Every NUC is usually configured to handle a million customers.

Need redundancy, buy another hundred. If you have a server farm leftover that can run UNIX, you have all the hardware you will ever need. Just repurpose it with micro-apps.

Micro apps are inherently secure. They expect your environment is already compromised by hackers trying to infiltrate your business.

Every micro app employs encryption in both data storage and all communication. If you are hacked, the only data that can be compromised would be a portion of a single record. There is no chance of an East-West intrusion because there is no East-West data path.

Micro apps are moving into the corporate mainstream and they may find some of their more interesting use cases in making AS/400 apps not just migrated but truly transformed.