Can A Software Company Only Work 32-Hours Per Week?

Wildbit moved into a newly renovated office in June 2015 after investing in a six-month renovation and build-out. The software company’s Philadelphia office is stunning – photos of the workspace could be straight out of an IKEA catalogue.  Today, co-founder and CEO Natalie Nagele insists Wildbit employees spend less time in that office, and that the company’s remote workers spend less time plugged in too. Way less time, in fact. Starting in June 2017, Wildbit started experimenting with a four-day, 32-hour work week.

Wildbit has been building software for 16 years that is designed to make developers more efficient. Or, as Nagele says, “we try to make building for the web suck a little less for folks just like us.” Its three main software products have been used by more than 100,000 plus customers (Postmark is a transactional email service provider, Deploy Bot is a deployment engine, and Beanstalk is a development workflow tool). The company currently has 26 employees, more than half of whom are remote. Nagele and the Wildbit team blog regularly about work-life balance, and one of the ten “rules” listed on the website says, “Most things are not urgent. Be patient, stay calm, go home.” So that’s exactly what employees are doing now, going home after four days in the office. 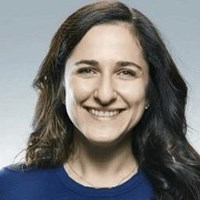 Nagele will be speaking at the Business Of Software conference in Boston on September 18-20, where she’ll give a talk titled, “Keeping the Fun in Your Business Life.” Software Executive recently interviewed Nagele about Wildbit’s 32-hour work week experiment. Any software company looking for advice on efficiency, productivity, culture, or employee engagement should continue reading our interview with Nagele.

Q: How did this 32-hour work week idea come about? What were some of the hurdles you had to overcome to start this experiment?

A: Let’s just make sure we call it an experiment, because I can’t promise that it’s forever, although

I really would like it to be. I’m a little obsessed with thinking about the ability for my team and myself to have really good focus time, the ability to really do deep, thoughtful work. I’m very publicly obsessed with giving ourselves the space to think and enjoy life outside of work. I was reading this great book, Deep Work, by Cal Newport, and he talks a lot about the psychology behind our ability to focus and our brain’s capacity to do legit work. Not the things that we think of as work, like refreshing our inbox all day or talking to our coworkers, but actual work, knowledge work. The theory goes that even the most trained minds can only get a max of four hours per day of really good, deep brain work. It’s always resonated with me.

We have meetings, and we have emails to check, and we have tickets to close, so there’s no denying that running a business requires more than just the deep work that I’m talking about. But for the last year or so, I’ve been thinking a lot about, “Are we structuring the organization in a way that encourages more time for the focus work, and requires less on the team for some of the busy work? Are we doing too much? Can we streamline that a little bit?” I just threw it out one day and I said, “Could we get the same amount accomplished as a company, in a way that feels comfortable, in four days instead of five? Could we do it?”

The promise we all made to each other is that we are making sure to really work on the right things. As a small bootstrapped company, that’s an important thing we have to do anyway. This really puts a lot of pressure on us to say, “Alright, I can’t push this until tomorrow. Can I get it done today?” That’s what we’ve been doing. We implemented a four-day work week, but with it came all kinds of conversations with our team. We’re asking, “How’s it feeling? What’s working? What’s stressful? What’s not? What meetings should we cut? What busywork should we cut? What tasks are we working on that really matter?” Sometimes it feels like group therapy.

A: Where we’ve cut the most is some of that non-deep work. We’re definitely writing less code. But what we’re trying to do in the process is make sure that the work that we are doing is more targeted, more on point.

We’re experimenting on the project development side, with team-based approaches. For example, if a designer and developer work so closely together on something that they’re implementing over six weeks, the hope is that while design is happening, development might not actually be doing anything. But because they’re working so closely together and they’re involved in the thinking during the design, by the time it gets to implementation, there’s a lot less back and forth, reverting, rewriting, and figuring out the design wasn’t good.

We definitely are working less, writing less code. But the feedback so far has been that the quality of those four days, the work that gets done in those four days, feels better. A lot of the feedback I’ve been getting on Mondays from the team is, “I feel like I just had a vacation.” You get that feeling every three days. All of a sudden, you’re like, “Oh wow, I just had a vacation!” You’re excited to get into the office.

Q: OK, so your gut is telling you that this experiment is working, and that the quality of work is better. But how do you measure this experiment? What are you doing to measure productivity or ROI, other than just a gut check?

A: I’ve asked myself this, and [co-founder and CTO] Chris [Nagele] and I have talked about how we can know this. My goal is to make it permanent, to make it work. But we never really defined what “it works” means. I think there are two things playing into that.

One, I need the team to be on board with it. Part of the decision of whether or not we continue is going to depend how the team feels. Are they actually relaxed on the weekend? Are they feeling anxiety that they’re not getting the work done they want to get done?

Two, as long as our customers are happy, and as long as our products are growing at a rate that’s sustainable, that we’re feeling in control of, we’re just going to keep it going. I’ve looked at some alternatives. Summers are really easy to take a Friday off. I’m not sure that we’re going to keep it as a Friday off. We might experiment with 32 hours where everybody leaves at 3pm because it’s dark in the winter and you might want to leave the office earlier to enjoy daylight. I’m open to iterating on that.

Q: Was everyone on the team on board with this idea?

A: Believe it or not, some of the feedback I’ve gotten from the team is actually that they’re feeling stressed. Some are saying, “I don’t feel like I’m getting enough done.” I gave a talk about this, and I had some push back from a big corporation. They said, “You’re really punishing people who require more than 32 hours to get their work done.” It made me think about it, and I think my job has to be to make sure that people feel like the work that needs to get done can fit into 32 hours.

Part of this experiment is over communicating as a team in general – it’s just constant conversation. What’s not getting done? What’s taking up your time? Does it have to get done this week, or is it totally okay for it to get done next week? What are the things that we’re working on? Where did the rest of the time go? If we can get four solid hours a day, legit hours, then that’s plenty. Four times 5 is 20 hours. We’re giving 32 hours. Are we really losing that time? This is all part of the work that’s required to make this work.

Q: Have there been some habits that are hard to break in these first few weeks of the experiment?

A: Yes. I’ve had some people check in on Fridays. I’m not trying to be a parent, either. The opportunity’s available to you to work fewer hours, and I’m making it clear that I really trust them to work less time. But I definitely have people that check in on Fridays. I think the meetings, and the email checking, and the reactive work, we all get caught up in that. I was just looking at my day today, and I was like, “Oh man, I wish the weekend wasn’t coming.”

Q: Have you thought about what would happen if you put an end to this experiment? What kind of response do you think you’d get from your team?

A: Chris and I are really open and honest with our team. We’re not afraid to be vulnerable. I think if we decided it wasn’t working, I would be very surprised if the team looked at us and said, “You’re being unfair.” I think they would all look at us together and say, “Yes, we need the extra day, or we’re not efficient enough.” I think everybody would be in the same boat, because we’re all moving towards the same place. Everybody on this team, I can say with confidence, looks at the business and the products that we’ve built and says our job is to make sure that there’s a company for all of us to work for in 10 years. If Chris and I decided it’s not working, I’m confident that that would mean the team would already be in agreement. We’d say, “Yes, we have to find better ways to find time. Let’s experiment with something else.”

Q: What’s next for this four-day, 32-hour work week experiment?

A: To me, this is all about basic thoughtfulness, of enabling yourself and your team to have mental peace. This is all just a big experiment. Running a business is like an experiment. I’d pose the challenge to just be thoughtful about the decisions you’re making to run a business. We don’t have to play by any rulebooks that were created by somebody else. We should always be creating our own rulebooks that fit our organization as it is today. I look at that the same way you build software. You don’t have to follow every line of agile software development. You can adapt to the way you build software for your customer, for your team, for your success. I think this, to me, is just our way, our experiment and our way of doing it.