Customer Success Management: The Development Of A Profession

Along with the skyrocketing number of jobs, the role of customer success has seen some important changes in the process of becoming a distinct and recognized profession in the software space. 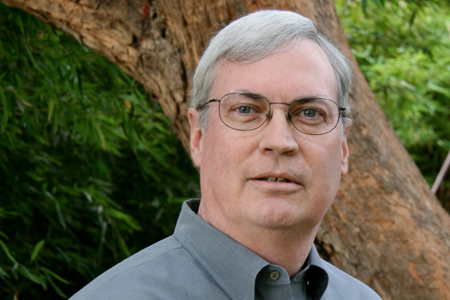 The explosive growth of the title of customer success manager, or client success manager, in job postings all across the software industry first started to become noticeable in 2012. While the role had existed for some time by that point, the numbers dramatically increased after several members of leading VC/investor groups let it be known that having a customer success group in a funding candidate company’s organization was a prerequisite for being considered as a portfolio company.

Along with the skyrocketing numbers of jobs, the role has seen some important changes in the process of becoming a distinct and recognized profession.

The first named customer success group began at Vantive Corporation, a CRM vendor, in 1997. At that time, enterprise CRM implementations had a high failure rate, and Vantive’s new CS group was intended to address that concern. Not every customer was assigned a CSM, but for those who were, the process began by defining what “success” meant for the customer. With that in hand, the CSM would create an agreed-upon success plan as a basis for working with the customer to accomplish specified goals.

The proliferation of the SaaS model from 2006 onward brought radical changes to the software industry and a new driver for CS groups. Profit was now an incremental function of income streams over time rather than being taken in bulk at the initial point of sale. As a result, customers that churned in the first year or two could instantly turn what had looked like a good deal into a dead loss.

Recognizing that it wasn’t safe anymore to leave the burden of being successful with a software product on the customer’s shoulders, first Siebel On Demand in 2004, and later Salesforce after 2007, created CS groups in their companies. Siebel, then under the direction of Bruce Cleveland, used the CS label to clearly connect to the group’s mission: to retain customers by ensuring their continued success with their use of Siebel’s CRM product. Salesforce called their CS group “Customers For Life,” but the team had the same stated goal. However, the day-today activities of most CSMs were more often about reacting to code red scenarios to keep accounts from leaving.

It doesn’t take too many code red exercises for a company to grasp the obvious problem. By the time a customer has announced an intention to end the relationship, it’s usually too late to effectively intervene. Even if the retention effort is successful, it’s likely to be very expensive. The earlier a company addresses customer retention, the more successful they can be and the less it costs.

Recognizing the need to move the point of engagement earlier in the overall process of the customer journey, CS teams began to get involved with the onboarding process. Over time, CSMs started to be a part of the sales effort as well in a sales engineering role. By 2017, the ongoing research done by the Customer Success Association indicated that most CS teams were working directly with customers by the time the initial sales contracts were signed or shortly thereafter. The 2018 research shows that some teams are even involved in qualifying prospects to ensure a good fit with the company and its products.

Moving the point of engagement earlier, especially into prospect qualification, often required the CS team to develop the in-depth data to justify the increase in the scope of their role. Fortunately, the groups were in an excellent position to gather the data to make the case.

As the role of CS grew, customer support was typically the first department that tended to be merged into the organization. Another was training, as both of these functions require similar skill sets and knowledge of the domain, product, and customer base. Over time, the growing involvement with onboarding began to result in the addition of that department as well.

Taking over the management of customer advocates as a corollary duty was a natural progression for many CS teams. Since the CSMs dealt directly with customers all the time, they were in a perfect position to know which ones could be encouraged to help with success stories and references for the company.

In the beginning, most CS teams started with a vague mission (if any), little more than a handful of CSMs (or less), the company CRM system, and the ubiquitous spreadsheet application."

The growing volume of data that CS teams were gathering and reporting gave rise to a need for data analysts. Customer success operations became the distinguishing label, with analysts looking at the effectiveness of standardized CS procedures or “playbooks,” as well as determining optimum customer segments and trajectories.

Given the powerful influence of the VC/investor groups, it wasn’t surprising that a large percentage of CS groups were and remain a direct report to the CEO or COO of the company, or to a chief revenue or chief customer officer. Sometimes the VP of sales was also the VP of customer success despite the potential for tension between numbers of new sales and retention.

In the beginning, most CS teams started with a vague mission (if any), little more than a handful of CSMs (or less), the company CRM system, and the ubiquitous spreadsheet application. The first dedicated customer success management systems (CSMS) began to appear in 2012 to address the things that couldn’t be done with either CRM or spreadsheets. A CRM system, for example, won’t tell you which customers are using which specific parts of the application feature set. While spreadsheets can be used to report which customer relationships may be in danger, they aren’t very good about managing team assignments. Something more was clearly needed, and companies like Totango and later Gainsight (then Jbara Systems) entered the market.

There currently are over a dozen vendors offering dedicated customer success management systems, and another 30+ marketing various supporting technologies and applications. Firms such as Education Services Group (ESG) and ServiceSource are providing customer success-as-a-Service relationships wherein companies can rely on external staff resources for their CS programs. Both outsourcing firms also offer an additional benefit in that they can include access to CSMS technologies.

As the number of CS groups proliferated globally and more companies began CS initiatives, a demand for expert assistance naturally developed. By the beginning of 2018, there were 30+ established firms offering specialized consulting services to the worldwide customer success community (the CSA maintains a free list of all established firms at https://customersuccessconsulting.com).

While the emerging profession of customer success management has come a long way from its ad-hoc churn-fighter origins in many companies, it still has far to go before reaching its full potential. The CSA’s definition of customer success is that it is a long term, scientifically engineered, and professionally directed strategy for maximizing customer and company sustainable proven value. For both customers and companies, there is still a lot of proving to be done.

MIKAEL BLAISDELL is the executive director of The Customer Success Association. He is also the moderator of the 31,000-member Customer Success Forum on LinkedIn – his vision and commentary about the emerging global profession and how companies can tap it to optimize the sustainable profitability of their customer relationships is read in over 140 countries around the world.