Dealing With People Who Are Not There 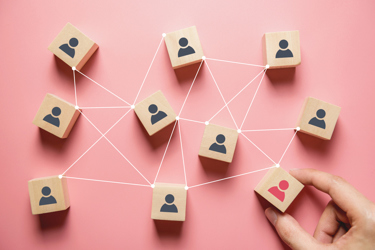 Daily, one encounters a genus of people who simply are not there. Their bodies take up space. They speak, move, and drive cars. When one interacts with them, there is no one there, not a thought, not an original concept.

These are the “people who are not there.”

You know them and you are surrounded by them. Perhaps you are one of them. They simply are not there.

These are people who do not think.

They speak in cliches and believe in conventional groupthink. They are the first to virtue signal concurrence with prevailing social order, no matter how preposterous. Those who are not there never question common opinion.

Any nonsensical belief, if adopted by their surrounding civilization becomes their mantra. Some of them, the ambitious, become spokespeople, leaders for current orthodoxy. Yet, they remain without a single original thought or idea.

Should anyone question current groupthink, those who are not there react ferociously, like a cell fighting an invading virus. To challenge the prevailing groupthink is to threaten their existence – and they fight with a religious fervor. Their god is group identity; they are its faithful servants.

Those who are not there provide the shoulders for the technology waves eating corporate budgets, fattening vendor income statements resulting in the detritus of obsolete technology that must be “transformed.” Yes, the mad wave of technology transformation today is little more than re-platforming the nonsense nobody questioned.

There came the relational database. Everyone has one, perhaps several. Relational technology resulted in I/O wait states so overwhelming data centers had to grow to keep up. The billing app for one major telco today takes 23 days to process and costs over a billion dollars. Nobody questions it. They simply pay.

Companies spent billions rewriting apps that would fail with catastrophic consequences if they missed a date calculation. Those who are not there never asked the simplest question. They pushed this preposterous idea to its end.

Then came the massive financial ERP systems so complicated, so obtuse, costing billions to implement. These systems were so inflexible, companies, led by those who are not there, believed they had to change their internal workflows to adapt to the vendor’s process.

The industry remains littered with broken CIO careers as management woke up to the crazy idea that spending billions on a European A/P, G/L, and manufacturing system that took years to implement was, well, crazy.

Those who are not there were the soldiers pushing this vendor-led madness, often insulating a career hiding in the complexity of ERP systems, never getting fired because the systems were too complicated to replace.

Today there is the cloud: the current religion for those who are not there.

For those who think, they know there is no cloud. It is simply someone else’s data center. The cloud is timesharing; those who are not there will never use that word – everyone knows timesharing did not last – 30 years ago.

To hide the nonsense that the “cloud” is anything more than someone else’s data center, CIOs who are not there proclaim the cloud transforms their apps, thus their company’s ability to operate.

While about every study shows 70% or more of “transformations” fail, those who are not there do not make the connection.

Those who are not there do not ask how one could move to someone else’s data center, using the same technology that created their obsolete app portfolio, pay through the nose for the opportunity, and transform anything.

Those who are not there grab the opportunity like the ERP systems and Year 2000 to hide in the vendor-speak of “hybrid-cloud” and “cloud-native” making work, keeping their gigs going a bit longer until management wakes up.

Remember timesharing. Management woke up when not much changed – except the huge costs.