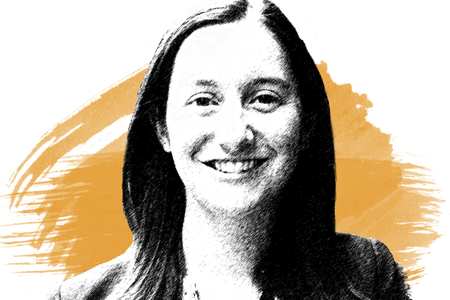 You worked so hard to identify a customer as a good fit for your software. Your sales and marketing teams painstakingly walked them through all the reasons your software could help ease their pain. Your expertly crafted, highly personalized sales deck and demo does the trick, and now you have them on the hook. After weeks and weeks of negotiating price and functionality, you finally reel them in. The contract is signed, and the customization is complete. All the hard work has paid off, and you’ve earned the business of a new customer.

And then — maybe a month, or a quarter, or a year later — your customer sends this companywide email:

“We recently purchased X. Unfortunately, our team has found that the way we were trying to leverage X proved to be unreliable and minimally beneficial. Therefore, we are working to remove the X software across our organization.”

I was recently on the receiving end of that email. When I read it, I realized I hadn’t even used that particular software in weeks, so I wasn’t surprised we were pulling the plug. I also remembered how excited I was to start using that software when it was rolled out. My first impression was that this had cool features, delivered useful insights, and was easy to use. It was software that could help our company.

So, what went wrong? Why didn’t we renew a product that had cool features, delivered useful insights, and was easy to use?

If you’re the software vendor in this real-life scenario, you’ll probably really never know the answers to those questions. Why? Because the customers using your software, especially those with purchasing and decision- making authority, are busy. Too busy to hop on the phone for an hour and run through a postmortem for a software solution they are no longer interested in using.

It’s hard to get ex-customers to give you the brutally honest feedback you need to improve your software. Even if you do get them to respond, chances are they’ll be too polite to tell you what really went wrong. Allow me to throw in a college golf recruiting example (don’t worry, I haven’t forgotten to include my standard golf reference). I recently learned that a top recruit had crossed us off her list. We asked her for feedback, and she replied with a short and polite rationale via email. We wished her well. Typically, we’d close the book and move on to winning over the next recruit in the funnel.

Except this time, our head coach did something different. He picked up the phone and called that recruit’s mother. Coach stated up front that he wasn’t trying to sway her daughter’s decision; he just wanted five minutes of her time to get honest feedback about what we could do better in the future. Mom cited a fault we were completely in the dark about (one that was entirely unrelated to that email from the recruit). That was a light bulb moment. Sometimes, you just have to ask — and then ask again with no hidden agenda — for feedback from your users who churn to win that customer over.