CBS (Custom Business Solutions) NorthStar has been a hospitality point of sale (POS) reseller since its inception in 1994, and it’s sold thousands of receipt printers during that time. In the earlier days, founder and CEO Art Julian recalls giving in to a salesperson’s request to try a less-expensive printer than the Epson receipt printers he was used to selling. At first, it seemed like a great move. “About 18 months after the initial deployment, however, we started receiving a lot of service calls,” says Julian. “But that wasn’t the worst part. After we made repairs and performed routine maintenance tasks, we soon realized the fixes weren’t lasting, and we saw a large number of repeat service calls for similar problems. After that experience we switched back to Epson and today they are the only printer we sell and support.”

In addition to the dependability and serviceability of Epson’s printers, Julian says the printer manufacturer’s innovation is another value-add. “A few years ago, Epson added a feature to its printers that enables users to remove white space from receipts in 10 percent increments,” he says. “This feature conserves power and paper, and it provides a tangible return on investment that we can use as a selling point to our clients. In fact, it was this feature that helped us win printer upgrade deals with BJ’s Restaurants and Pappas Restaurants, which led to replacing thousands of legacy printers with new ones.”

Over the past four years, Epson has added additional differentiators to its printers, specifically with the introduction of its OmniLink mobile point of sale (mPOS) system. At the heart of OmniLink is a microcontroller (i.e., small computer) that enables Epson printers to be connected to the cloud via Bluetooth, Wi-Fi, Ethernet, or USB. Once connected, OmniLink printers can serve as gateways to cloud services, web printing, open platform mobility, peripheral connectivity, and other functions traditionally reserved for PCs and POS systems. “If a restaurant wanted to gain additional insights from its POS data, but didn’t have the budget to replace its legacy POS system, it could purchase the OmniLink printers and gain many of the same benefits at a fraction of the cost of a systemwide upgrade,” says Julian. 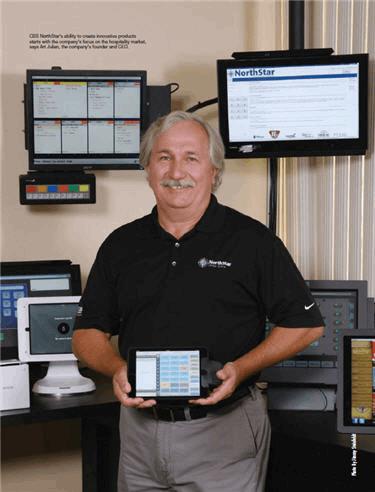 Just a few minutes into a conversation with Art Julian, founder and CEO of CBS (Custom Business Solutions) NorthStar, and it becomes obvious that this isn’t your average hospitality POS VAR. When asked to describe his business, Julian does not lead with accolades such as being POSitouch’s largest reseller in the United States or Toshiba’s largest reseller worldwide, which are both true. Instead, he tells me, “We’re a 20-year-old startup.”

Despite being in business more than two decades, having 100 employees, and offices in Dallas, TX; San Diego, CA; and Irvine, CA; Julian views his company as a startup. While it may appear to be a contradictory statement, once you understand the pace at which CBS’ customers’ businesses are changing and how CBS is quickly adapting to their needs, it makes perfect sense.

Hospitality Expertise: The Foundation For Startup-Like Innovation
To better appreciate CBS’ strategic decision making and business changes, it’s important to understand the one thing that has not changed in 22+ years: the company’s focus on the hospitality market. Everything about CBS’ business reflects hospitality — from its website and marketing collateral to its customers and product offerings.

Maintaining a narrow vertical market focus has enabled CBS to build close relationships with hospitality associations (e.g., it exhibits at National Restaurant Association events) and vendors (e.g., Julian sits on Epson’s and Toshiba’s advisory boards). And it has been a key driver in the company’s ability to spot trends and respond to customers’ requests. One example dates back 10 years ago when The Cheesecake Factory, one of CBS’ customers, expressed concerns about protecting its recipes. “Like many restaurants, their food and recipes are what differentiates them from their competitors,” says Julian. “Previously, recipes existed on laminated sheets of paper that were stored in three-ring binders. Protecting and updating the recipe books were labor-intensive and ineffective,” says Julian.

CBS came up with the solution of placing touch screen terminals in the customer’s kitchen and food prep areas and enabling chefs and other food prep personnel to view recipes on the screen. “Not only did this help the restaurant chain keep better track of its recipes, it made it easier for them to add new recipes and make modifications instantly and securely,” says Julian. After its successful deployment with The Cheesecake Factory, CBS developed and marketed the solution to other restaurants and today hundreds of its customers now use it.

Stop Telling Customers They Can’t Have iPad POS Systems
Another pivotal point in CBS’ history started out as a request from one of its customers, similar to how NorthStar Recipe Viewer came about. “It was around the time that Apple released the iPad, which led to a lot of buzz about mobility and, more specifically, mobile POS [mPOS],” recalls Julian. “One of our fast casual dining customers was interested in enabling its customers to view electronic menus, place orders, pay for meals, and email receipts via a tablet that remained at their table.”

Many VARs — especially five years ago — would have tried to talk the customer out of a mobile POS solution. But CBS took the request seriously and began investigating how it could help. Its POS vendor, POSitouch, supported Microsoft tablets, but CBS knew these devices, which relied on styli and drop-down menus, would require too much training to be practical for self-service. “But the iPad, on the other hand, which enabled gestures such as swiping and pinching, provided a more intuitive experience,” he says.

The only problem was that iPad POS solutions didn’t exist. CBS took a risk and built one of the first iPad POS platforms from scratch. “The development of our NorthStar Order Entry System was all done in-house,” says Julian. “We ramped up our current development team with a group of industry development veterans and tackled one challenge after another. After piloting our omni-channel solution with the client, they bought it, and we rolled it out to all locations.”

After its initial install, CBS continued to expand its POS platform to become an omni-channel ordering solution that includes staff-facing order taking, customer ordering at table, kiosk-based preordering, online ordering, and mobile ordering. CBS’ iPad POS wins with notable companies such as the Melting Pot and Norwegian Cruise Lines helped it get Apple’s attention, which led to CBS becoming an authorized Apple reseller last year. “This now gives us better Apple support, and it gives us access to their sales teams, who we can work with to win new business,” says Julian. “We still sell POSitouch to our customers looking for a more traditional POS experience, and we have our North- Star POS offering for customers looking to take advantage of a cloud-based solution.”

Wireless LAN Expertise Is A Mobile POS Must-Have
Despite the big wins CBS has had over the years, it has faced adversity along the way, too. If there is one lesson other VARs can learn from this mPOS pioneer it is to know what solutions and services you should sell and support in-house, and which ones you should outsource to a partner. “We learned this lesson with wireless LANs [WLANs], which go hand-in-hand with mobile POS deployments,” says Julian. “Conducting wireless site surveys is an important first step to uncover potential dead spots and to determine the best places to install the access points. You can upload a customer’s building blueprint and use a program to tell you where to install access points and how many you will need, but it’s better to walk around the premise and see it yourself. Also, anytime a customer wants to set up the WLAN themselves, but wants you to manage it, don’t do it. Years ago, we allowed a small bakery customer to self-install their wireless network after they insisted they had a guy who knew what he was doing. Needless to say, we spent more time dealing with Wi-Fi-related problems from them, and it put a huge strain on the customer relationship. After that experience, we take responsibility for the WLAN setup. And, if customers insist on doing WLAN setups themselves, they have to sign a waiver stating that CBS is not responsible for network support or downtime.”

Another change CBS made was to outsource wireless site surveys to another company. “Even though we could have invested the time and resources to develop this expertise internally, we decided it wasn’t a core part of our business, and we were happy to turn it over to a company that specializes in wireless assessments. We use this same company for PCI assessments. Since we implemented these changes, Wi-Fi-related support issues have significantly decreased.” 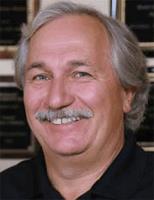 “If customers insist on doing WLAN setups themselves, they have to sign a waiver stating that CBS is not responsible for network support or downtime.”

Don’t Shy Away From Competitor Collaboration
While mPOS may have been a niche offering five years ago, today it is anything but that. A 2016 study conducted by Juniper Research predicts that within the next five years retail transactions via mPOS systems will represent 20 percent of all transactions. This is up 12 percent over previous expectations.

CBS’ business planning suggests it concurs with this research. By the end of this year, it plans to announce a channel program that will allow other VARs to resell its cloud-based POS platform. At the same time, it will continue selling its software and POSitouch to restaurateurs. “We’re going to concentrate on serving restaurant chains with 50-plus locations, and we’ll work with VARs that target smaller chains,” says Julian. “We’ll also offer deal registration to further avoid the possibility of any conflicts. We’ve maintained a strong partnership with POSitouch after developing our own POS software, and we know we can create the same positive relationships with other VARs. We’ve always valued good relationships, whether it’s with employees, customers, or vendors. In fact, a lot of our former employees have gone on to work in the restaurant business and have become our strongest allies. When you treat people well, it will always come back to reward you down the road.”