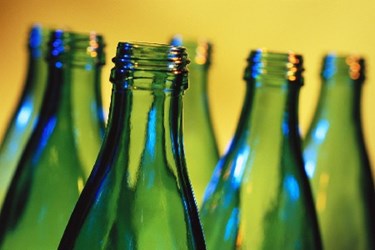 Traditionally, when we think of Big Data and product development, the discussion is about internal data: feedback on existing customers, products, sales gleaned from proprietary databases. But it’s when companies turn their attention outward to the masses of unstructured data that they can understand not just what already exists, but what ought to be.

If you’re familiar with the beverage industry, you know there’s nothing usual about the business cycle anymore. Just as rapidly as consumers switch between the latest trendy beverages, flavors, and properties, so too are the tools evolving to help companies capture those insights and act on them. The result is that for any company that wants its latest drink to have any chance of survival, the usual business approach probably will result in too little and much too late.

It is no surprise that the rate of innovation has reached break-neck speeds, competition is fierce and the risk of failure looms heavy. When 96 percent of all innovations fail to return their cost of capital (Deloitte), any opportunity to minimize risk is critical. Enter: Big Data. The two magic words that promised to revolutionize business practices, and help developers quickly uncover unmet needs and product opportunities quickly. The phenomena of social media promised access to real-time, unbiased, mass feedback unmatched in quantity, quality and speed by the standard surveys and focus groups researchers had been solely dependent on for so long. And while some companies and product development teams have begun to reap these rewards, many more have been led astray in their quest to identify just what people are (literally) thirsting for.

The next winning beverage is waiting to be found — somewhere between what people want and don’t have, and the right ingredient or technology that just might solve for it. The fact is, all of this information is already out there at our fingertips, hidden in open source data all around us. Those who have discovered how to tap into open source data have a huge advantage in introducing a successful product. Here’s how one leading global beverage company did just that.

Before the innovation team at a leading global beverage company set out to introduce the next winning drink, they turned to not just social media chatter but a myriad of open sources, comments, forums to understand how they talk about beverages. What they discovered was a huge gap between what consumers were talking about and what companies are actually developing and launching.

Despite the fact that most consumers were discussing a desire for nutrition and health benefits in beverages, most companies — including their own — continued to focus their efforts on low-calorie energy drinks. Energy drinks were in fact highly discussed a few years ago, leading to the very extensive development of products in the energy drinks category. However, the data showed now that the discussions of consumers around energy declined much, much earlier during the development process, and consumers also expressed overwhelming dislike of artificial sweeteners. While the beverage industry had been plugging faithfully away in the direction of low-calorie energy drinks, no one had realized everyone else had already moved on.

Of course, product managers need to be sure they’re not investing in developing a “breakthrough” product intended to be first in market, only to have competitors beat them to it. Data scientists can actually get a good idea of not only what products already exist, but what competitors are working on by cross-comparing the various open source data. By collecting seemingly inconsequential pieces of data like new hires, IP filings, and launch schedules, you can actually get a pretty good idea of what competitors are up to: what they’re investing in, developing, and bringing to market. It was at this point that the beverage company realized they had uncovered a truly incredible opportunity. Not only did none of their competitors have any new drinks to fit this need in-market, but they weren’t even working in that direction.

Make Your Own Luck

Open source data can also help product teams connect quickly the dots between gaps in the market and ingredients or packaging technology that can solve for them — drastically shortening the time typically required for this leg of the R&D cycle. By gleaning and cross-comparing data from sources like patent databases, academic sources, and cross-industry trends, data scientists are able to help decision makers identify emerging ingredients, flavor profiles, and trends to consider. In this case, the data allowed them to narrow in on a few key traits for this next generation beverage. It should of course emphasize the benefit of nutrition, natural ingredients, and overall wellness. It should have a unique flavor profile, a combination of all natural ingredients and unusual, exotic flavors. It should incorporate a unique blend of natural sweeteners such as agave nectar, whereas a wide-array of artificial, diet sweeteners that were “hot” a few years ago had fallen out of favor. It should include components that result in a lasting aftertaste. Its packaging should be lightweight and made from recyclable materials, feature clear nutrition labeling, and possibly that are easy to squeeze and spill resistant. Ultimately, it should probably be delicious and work. Voila! The next-generation beverage that open data built.

With the help of technology that can now collect, analyze and integrate vast amounts of information regardless of the source, unified data and decision models are now a reality. For product development teams across industries this is the difference between big data and actual intelligence to reduce risk and uncover the next big thing.

Gil Sadeh is CEO of Signals Group, which has developed an analytics platform for new product development innovation. Sadeh has extensive experience in research and intelligence with more than fifteen years of work as an intelligence officer in varied business and governmental frameworks. For more information on Sadeh, Signals, or open source data visit: www.SignalsGroup.com.