How To Become The Best Software Tester You Can Be

A conversation with Van Pham, LogiGear 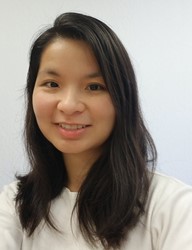 Van Pham is  Product Support Manager for LogiGear where she mentors, manages, and motivates LogiGear’s support teams to provide an exceptional customer experience. She has more than 10 years’ experience in software automation testing on various platforms and in customer and product support. Van took time recently to speak with Software Business Growth about her career journey and the past, present, and future of women in technology.

Q: What inspired you to pursue your current role in software testing?

Pham: I received an undergraduate degree in software engineering and a graduate degree in engineering management. Both of these have helped me tremendously in understanding the software development cycle, how software is made, differences in thinking flow between developers and end users, and techniques to manage projects and teams. In my master’s program, I also was taught about total quality management, benchmarking, and more.

I first considered becoming a software tester when I was working on my undergraduate thesis about developing a marketplace website similar to eBay and addressing pain points from customers’ perspectives. I spent quite some time studying eBay’s website and found many application bugs and areas for enhancement that would make shoppers’ lives easier. This realization was the eureka moment that led me to software testing.

After graduation, I worked at FPT, the largest software company in Vietnam, as a software developer and did SQA for a couple years. I later switched to LogiGear Corporation and have been with the company for over 13 years. At LogiGear, I progressed from a Senior QA engineer and was promoted to my current role as Product Support Manager for my company’s core product.

Q: What has been your most transformative learning experience and your most successful undertaking within your career thus far?

Pham: My most transformative learning experience has been growing from an engineer position to a manager position in an industry that has a lot of moving parts. As an engineer, I was responsible for just my own work, but now I lead a distributed team onshore and offshore and am responsible for the results of the whole team. Our team is proud to be one of the most crucial teams in helping close tool deals for our company and as a result, have received a lot of love and satisfaction from our long-term customers.

Q: In your opinion, what’s the single biggest change that needs to happen in order to encourage more women to pursue technical careers?

Pham: Girls need to be exposed to technology fields at a younger age. The culture has been changing in a positive direction, and a lot of organizations and education are pulling in this direction as well.

Q: How do you think society as a whole can move the needle to get more women into leadership positions?

Pham: I think getting more women into leadership positions starts at home. If men and women shared parenting and housework responsibilities equally, then this would spill over into them having equal opportunities at work too. Society is working toward gender equalization; however, there are still a majority of the population that assumes women are the ones that should to take on more responsibility at home and remain the primary caregivers. This also can lead to the assumption that women will compromise their work quality for their responsibilities at home, which leads to organizations having the mindset, “let’s give men important roles or leadership positions, because they don’t have to take care of little Johnny at home.”

Let me tell you two true stories from my friends, about how this attitude still prevails. The first story is from a male friend who called his boss to ask for a day off to take care of his sick kid and the boss asked why he didn’t ask his wife to take time off instead. My friend replied he and his wife have equal parenting responsibilities and now it is his turn to do his part so his wife could tackle a pile of work at her office. Such a beautiful response that he, his wife, and his kids can be proud of, I think.

Another story is from a female friend who has three kids and was interviewing for a C-level position at a midsize company. The interviewer was pleased with her qualifications but said that he didn’t think she would be able to handle that position, not because of her professional capability, but because she has three kids under age five. He told her that he’s seen his wife struggling with his two small kids and housework, and that it took almost all of her energy. My friend responded she had an understanding and caring husband who helped her with sharing duties at home, but it didn’t change the interviewer’s mind—he passed over her and opted for selecting a male candidate.

Q: If you could only give one piece of advice, what would you tell someone just starting their career journey?

Pham: It’s important to be proactive by seeking opportunities to learn and adapting to change to catch up with the fast-changing tech world.

Q: What are your thoughts on the gender imbalance in technology?

Pham: Currently, there is still a gender gap in STEM due to historical challenges faced by girls throughout the 80s and 90s, which came from a prevailing tech culture. However, the gap is minimizing thanks to a variety of efforts to bring girls and women closer to tech. This shift is largely due to a positive culture change, which encourages girls and women to participate more in tech and engineering. There are also more tech mentoring programs, coding programs at schools, and learning centers to onboard girls. Girls can access technology and high-tech products in their daily life and have learning resources at their fingertips, making adoption far easier.

Q: What are the biggest concerns or discussions happening right now regarding women in technology? Are there any issues you think should be getting more attention?

Pham: I think that equal hiring procedures, equal pay, and fair promotions are the biggest concerns regarding women in tech. It’s a universal problem from small companies, to large corporations. Part of the issue is that most women don’t face clear forms of discrimination or sexism. However, they do experience an air of haughtiness from their male counterparts that lead to feelings of isolation. This affects their excitement in contributing and speaking up with their ideas, and once they do experience obvious cases and evidence and take legal actions again discrimination, they are not supported and instead met with efforts to silence them.

There are still more issues that need attention, but I think we should focus on and tackle the biggest ones first. For example, there should be equal pay for women and men performing similar jobs, and there shouldn’t be hesitation by senior management to promote women if they are as good as men. A culture of speaking up also needs to be encouraged, especially with young women that may be hesitant to voice their opinions due to concerns about potential backlash.

Q: What can industry leaders do to create a supportive environment for women in technology?

Pham: Industry leaders can start by providing innovative maternity leave policies and benefits, with a flexible return to work. This effort would make a huge difference and would be greatly appreciated by all women—not just women in tech. Women also should not have to choose between a career and having children because having and raising children for 18+ years is not just for their own pleasure. I want to add that living in the Bay Area, it’s almost a requisite. Most families need both parents to work in order to bring in enough income to cover the high cost of living. Having a flexible work hour policy allows both parents to balance the workload of working while still trying to raise a family. These issues should be important to employers because women are doing an unparalleled job of helping to raise the next workforce generation.

Q: What does the future hold for women in technology?

Pham: Companies need engineers who are both very strong at software developing, but also excellent at understanding the world around them and are comfortably interacting with society. Therefore, women would be better engineers, especially as we are heading toward an AI development world and designing ML algorithms to assist our lives. Humanity, social emphasis, tackling real-world human problems, and thinking are all important concepts in AI. This field holds real promise for employment for women, because women excel at working with people and solving real-world problems.

Q: What advice would you give to a woman who has faced discrimination or feels she hasn’t been taken seriously?

Pham: Focus on your work. Once a person brings good ideas and bright insights to the discussion table, gender disappears. Keep on being proactive with solutions and innovating. This will help to improve the status quo and allows your team to focus on your work too.

Q: Why is it so important to recruit and retain females in technology leadership positions and engineering?

Pham: Recruiting females in technology leadership positions helps reduce the potential for bias in technologies like artificial intelligence. Take Joy Buolamwini, for instance. She is a computer scientist and digital activist and working at the MIT Media Lab. She is also the founder of the Algorithmic Justice League and her work is to identify bias in artificial intelligence and develop practices for accountability. Buolamwini's TED Talk on algorithmic bias has been viewed over one million times. Her New York Times op-ed on the dangers of facial analysis technology galvanized lawmakers to investigate the risks posed by this technology.