How To Build An Effective Sales Communication Strategy 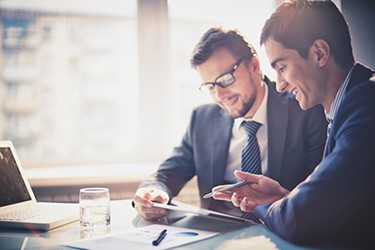 Arguably, the greatest advancement of the last century has been the rapid development of humanity’s ways for communicating with one another. In only 100 years we have gone from rudimentary telephones and telegraphs to the ability to video chat with someone anywhere on the Earth (and even orbiting the planet).

This sudden advancement has had far-flung effects that are not yet fully understood. The global economy, political consciousness, human psyche, and much more are all undergoing seismic shifts because of the ability to communicate with anyone, anywhere, at any time. As these changes happen, organizations need to be able to quickly adapt to new circumstances and stay on top of advancements to ensure they are putting their people in the best position to succeed.

One of the paradoxes that has emerged from the 24/7 connectivity of the globe is that more opportunities for communication have resulted in reduced effectiveness of any particular message. The constant bombardment of texts, emails, calls, and social media updates has made it increasingly difficult to get someone’s undivided attention.

For large enterprises with global Sales and Marketing teams, this means that it’s nearly impossible to carry out an effective sales communication strategy using previously accepted methods. It’s no longer viable to simply send internal emails with announcements and expect the messages to resonate. Sales communication needs to take the leap forward alongside all of the other technological advancements that are reshaping the world of Sales and Marketing.