This SaaS company with more than 15 million users and $100+ million in venture funding is expanding its product set, introducing a new pricing model, and beefing up its integrations for future growth. 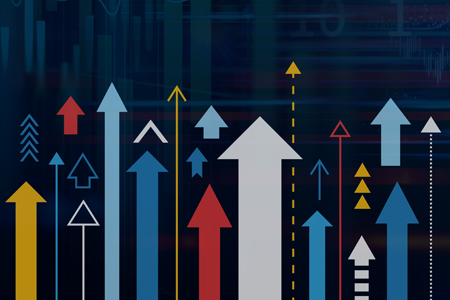 I first met Joel Ragar when he was with foreUP, the golf course management software company he cofounded and helped grow to profitability. Ragar, an active member on the Software Executive editorial advisory board, is now the head of product at Lucidchart for Sales, part of Lucid Software Inc. Each of the last two stops on his resume have been at SaaS companies based in the greater Salt Lake City area, but the resemblance just about ends there. foreUP is a bootstrapped company selling to a very niche market in the U.S. (You can read more about foreUP in the October 2018 Software Executive article titled “Why A New SaaS Entrepreneur Ditched His Financiers.”) Lucid has amassed $114.1 million in funding (highlighted by a $72 million Series C in October 2018) and sells to a broad user base of millions of people across 180+ countries. Here’s what Ragar has been up to since joining Lucid in October 2018.

Lucid hasn’t reached the unicorn valuation levels (yet) like its neighboring companies such as Domo, Qualtrics, Pluralsight, and InsideSales. Buoyed by a talent pool groomed at schools like Brigham Young University and the University of Utah, plus the relatively reasonable cost of living, the area that encompasses the greater Salt Lake City area, Provo, and Park City has been dubbed by Forbes and others as “Silicon Slopes.” It’s perhaps the “next” Silicon Valley. Lucid is one of 4,000+ tech startups that call Utah home. The company’s growth since being founded in 2010 stands out among its SaaS peers — both in how it has grown and how much.

The company has upwards of 500 employees, attracts 700,000 new users each month, and has more than 15 million users across the globe (including 96 percent of Fortune 500 companies). The company earned this kind of growth without a traditional sales team. As Ragar explained, Lucid was built on a self-serve model. Freemium isn’t a new concept for SaaS companies; the likes of Slack, Dropbox, and MailChimp come to mind as SaaS behemoths who made a mark on their industries with a free version of their software. In January 2018, SaaStr founder Jason Lemkin wrote, “This is and will be the Golden Age of Freemium in SaaS.” He predicted the number of freemium unicorns will reach triple digits sometime between 2025 and 2028.

Lucid will continue to ride the wave of freemium success, but the company has its sights set on a more “traditional” SaaS sales model, too. It’s flagship product – collaborative diagramming software — scaled through a low-touch, self-service model used by anyone in the org chart. As head of product for Lucidchart for Sales, Ragar leads a team building products specifically for sales teams (he’s also working on a product geared towards engineering teams). He says the company asked big picture questions like, “What if we sold to people who don’t go through the freemium model?” and “What tools can we build for those people?” when deciding on its next product. A product for sales teams was one of the answers to those questions. Ragar’s product addresses the pain points of long sales cycles and complex decision-making loops — the kind of headaches reps especially face in deals above six figures. Key functionality includes real-time account mapping to help sales team members visualize and track the sales process.

This next generation of Lucid Software products will be sold directly to this highly targeted user base, which is why Ragar was asked somewhat rhetorically if he had to build a direct sales team. Surprisingly, the answer was “no.” What’s especially interesting about Lucid is that the company had a sales team in place for years before the new product line needed one. This sales team would focus on enterprise accounts that had paid subscriptions across different teams. For example, a marketing team would have a subscription from their own budget, and the finance team would have their own subscription, but the marketing and finance teams didn’t know the other was using the same product. The Lucid sales team would focus on rolling up those disparate accounts into one enterprise account. The Lucidchart for Sales product will shift the company’s sales org from a gathering to a hunting strategy (of course, the original freemium model software will continue to be a focus).

"What if we sold to people who don’t go through the freemium model?"
Joel Ragar, Head of Product, Lucidchart For Sales

One of the core benefits of the company’s solution is its integration capabilities, which includes Salesforce, G Suite, Confluence, Jira, Jive, and Visio. With Salesforce, for example, users could pull in data to a chart to visualize an account without the hassle of multiple clicks and screens within the CRM platform. Salesforce’s APIs are some of the most widely used on the planet and are available even for prerevenue companies. When it comes to partnering with LinkedIn, however, that is a much tougher API nut to crack.

In 2015, LinkedIn announced major changes to its developer program that limited API use. Four APIs are open, but the rest require developers to join a partner program. And joining that program isn’t nearly as simple as signing up for a free or trial version of Lucidchart — which only requires a name and email. Proof of LinkedIn’s partner program exclusivity is shown via the logos listed on the Sales Navigator Application Platform (SNAP) partner directory page. At the start of 2019, fewer than 30 companies earned a spot in that program (with another five listed with “coming soon” badges). Those partners include the likes of Adobe, Salesforce, SAP, Oracle, Infor, and HubSpot. Adding Lucid’s name to that prestigious list is a huge win for the company, and the integration was formally announced in May 2019. The integration allows users to send connection requests and LinkedIn InMail messages, see related leads, view profiles within an account map, and view contact updates — all without leaving Lucidchart.

Ragar and the rest of the Lucidchart team have plenty to keep them busy in addition to the LinkedIn integration, new sales-focused product, and different sales model. For all that’s on the horizon for the company, one of the best takeaways from my conversation with Ragar was his description of what this software is not. It’s not a CRM. What he’s working on is not just another iteration of an existing product. And it’s not a low-touch, freemium product. That kind of laser-like focus and ambition has Lucid Software poised for even more growth in 2019 and beyond. And it serves as a reminder to other SaaS companies that the best path for growth is sometimes slightly different from the path you’ve been on.