This ISV is building its business on the premise that today end-to-end retail platforms are better accessed than developed.

Highline prides itself on the flexibility of its cloud-based retail software platform. From devices to applications, its customers can take advantage of virtually any new technology they choose to pursue. But while an open API invites merchants to leverage a host of compatible printers, Highline founder Phillip Belena is a proponent of Seiko. “Nearly all of our customers use Seiko ESC-POS printers,” he says, “in part because our mobile applications are integrated to work with Seiko. The price point is great for such a reliable product.”

In mobile environments, that reliability advantage trumps price every time. When you take big technology off of a desk, make it considerably smaller, and put it in a store associate’s hands, there’s no question it’s going to get dropped. That’s why Seiko’s MP-A40 series, which weighs in at just a pound and a half, is built to withstand multiple drop tests at 6.6 feet. Ruggedness is an important feature to solutions providers like Highline, which sells its POS applications and supporting hardware to specialty retail segments ranging from the relatively delicate apparel industry to considerably harsher hardware store and service-oriented environments. 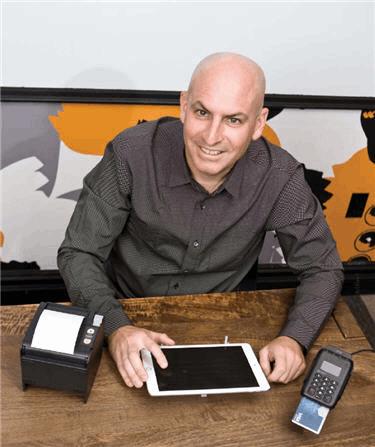 “We knew that if we embraced the cloud early, we’d be in good position to disrupt the market a bit,” says Phillip Belena, founder of Highline.

Highline is a relatively new player in the POS (point of sale) software space, but its executive leaders are anything but green. Founder Phillip Belena, for instance, enjoyed a successful career in Operations at Toys“R”Us before joining retail tech powerhouse Infor, then esteemed consultancy Accenture and, ultimately, launching Highline in 2012. His cofounders are computer scientists, and the company’s customer portfolio is already nationwide, from small specialty merchants to national chains.

The secret to that rapid success, says Belena, has been eschewing virtually everything associated with “legacy” retail enterprise software.

Highline doesn’t sell an on-premise version of its software. “Think of Highline as Gmail for retailers,” Belena explains. Like Google, Highline runs everything off the cloud. Its software is accessible from any browser, tablet, or phone. And like Gmail, it steers clear of customizations. “That’s not what today’s market is after. It’s not what they want,” he says.

To be clear, the Highline platform is decidedly feature- and function-rich. As inventory and customer relationship management, payments, security, order management, and loyalty go, it stands up to any enterprise retail software or ERP (enterprise resource planning) provider on the market. The primary difference isn’t in the feature set itself; it’s in where that feature set comes from.

Selling Against The Limitations Of Legacy
Most of the decades-old, end-to-end retail systems providers on the market are selling applications that are often as old as those companies themselves. “Several iterations, upgrades, mergers, and customizations down the road, applications wind up requiring a lot of time to make these legacy systems work,” says Belena. “Even when they go live, they’re often behind the feature and functionality curve.”

Furthermore, legacy software requires a huge investment in highly skilled IT professionals to manage and support it. “Today’s retailers simply don’t have the margins to hire worldclass talent. So they fall behind as online competitors such as Amazon accelerate the pace of innovation,” he says. When those legacy solutions run on-premise, they also require a lot of server power, which equates to big-time investment in IT and hardware.

“When we decided to launch Highline, we were inspired by the opportunity to help retailers innovate while dramatically reducing startup and ongoing costs,” says Belena. “While merchants near and far were just getting by on 1990s-era, client-server platforms, cloud infrastructure was building and gaining momentum, the Amazon cloud platform, in particular.”

“Several iterations, upgrades, mergers, and customizations down the road, applications wind up requiring a lot of time to make these legacy systems work.”

Leverage The Cloud To Innovate While Minimizing Up-Front Investment
When Highline leaders were crafting their vision back in 2014, there were few, if any, cloud-based POS platform providers that could scale their solutions from one store to hundreds. “We knew that if we embraced the cloud early, we’d be in a good position to disrupt the market a bit,” says Belena.

Good position, indeed. Brand new research from Business Solutions’ sister publication, Innovative Retail Technologies magazine, reveals that a full half of merchants are actively moving applications to the cloud. Among merchants with 500 or more stores, nearly 44 percent of executives report that 41 percent or more of their enterprise applications are already cloud-based. Another 47 percent said that cloud applications would account for nearly half of their enterprise software portfolios within three years.

But according to Belena, it’s not enough for software vendors to simply roll their legacy applications up into the cloud. “The benefits of the cloud are linked to the agility of applications and systems,” he says. To achieve that agility, Highline doesn’t limit its retail customers to the ISV’s own development efforts. Instead, it offers customers a broad selection of solutions from an ecosystem of more than 500 integrated, cloud-based applications from third-party vendors including Constant Contact, FreshBooks, Google, Magento, MailChimp, QuickBooks, Salesforce, Shopify, and a myriad of others. Access to these products is granted and integrated in partnership with Zapier, an online service that enables businesses to connect together disparate business applications and services without the burden of coding.

“The legacy business model, where the vendor owns all of the proprietary technology that comprises its portfolio, is old and stale,” says Belena. “With Zapier, our customers have the freedom to experiment with new solutions and keep moving from one next great thing to another. That’s a tough proposition in a legacy environment.”

Belena says application and access are the most important competitive differentiators Highline offers. “We replace legacy systems that aren’t supportable or scalable with best-of-breed applications, and we allow those applications to work together using open APIs [application program interfaces].” This allows Highline’s customers to build feature- rich, customized solutions with little or no up-front investment. “One of our customers, a multibillion dollar global brand, launched a retail chain in the U.S. in months, without software license fees, massive hardware investment, and without any IT staff. With the legacy model, they would have invested millions before the first store came online.”

Taking The Lead On EMV and Security
U.S. merchants didn’t exactly roll out the red carpet for EMV when they were pressured to adopt it last fall. But, survey data from Innovative Retail Technologies indicates a healthy market for payment terminal and payment processing software sales. An early look at the magazine’s annual report on retailers’ tech spending plans reveals that nearly 20 percent of merchants are planning to invest in new payment terminals in 2017, 32 percent will invest in payment security protocols, and 30 percent are planning payment processing software investments (up from 27 percent in 2016).

While many ISVs walk the fence in an attempt to balance the industry’s payment security initiatives with retailers’ often-maligned take on perceived payment security mandates, Belena doesn’t waffle when it comes to payment security. Highline was the first software vendor to certify in the U.S., and the company is currently working on its second EMV certification. EMV and ApplePay come for free for Highline customers. “EMV is not optional for Highline customers,” says Belena. “Our approach is simple; our customers don’t often understand things like EMV and PCI standards. However, they get EMV and PCI compliance out of the box. Our cloud architecture ensures that sensitive data is never stored on customer premises and customers automatically get the latest updates. We handle the heavy lifting to ensure they’re PCI-certified and EMV-compliant, which frees them up to run their businesses.” To date, an astounding 100 percent of Highline’s retail customers can take EMV and contactless payments. 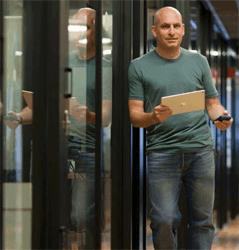 “We knew that if we embraced the cloud early, we’d be in a good position to disrupt the market a bit.”

Mastering Demand For Mobile
While Belena says the cloud is the major sales driver for Highline, he says mobility has moved from a unique differentiator to an expectation among merchants. Meeting that expectation, he says, requires flexibility. “Retailers’ expectations of mobile solutions are not a one-size-fits-all proposition,” he says. Some are keen on mobile POS, while others seek mobile devices that empower store associates with customer service and inventory visibility applications. Again, the aforementioned research from Innovative Retail Technologies supports his assertion. Mobile POS hardware will continue its years-long run at or near the top of merchants’ list of instore hardware expenditures in 2017, with 35 percent of merchants indicating they’ll invest there. Interestingly, for the first time in the benchmark report’s history, non- POS mobile devices for store associates took the top spot in planned in-store hardware investments for the coming year, with 37 percent of merchants planning to invest in them. Solutions providers that offer a single mobile device running limited applications are therefore at a disadvantage.

To meet the various mobile expectations of its customers, Highline ensured that its complete platform would run on any kind of tablet or smartphone. To ensure it meets customers’ mobile transaction expectations, the company leverages VeriFone’s Payware devices that attach to mobile phones and tablets. Highline also recently added mobile, contactless EMV and Apple Pay-enabled ePOS PIN entry devices from Miura Systems to its hardware portfolio. “Some of our customers keep the terminal fixed to the cash wrap, while others keep them in a belt-clip holster to accommodate mobile transactions,” says Belena. “As hardware goes, it’s all about configurations that meet the customer’s desires,” he says. “The real value is in cloud-based mobile payment applications, which are automatically updated with security and performance features. Without Windows- or Mac-specific patches to worry about, we keep things simple for the end user.”

Highline’s quick success trajectory is proof positive that if you build it in the cloud, the customers will come. It’s also proof that with modern application interface tools like Zapier, the “building it” part doesn’t have to be expensive and cumbersome.