Following these four pricing dos and don’ts can help a software company respond correctly when a high-value prospect comes knocking at the door. 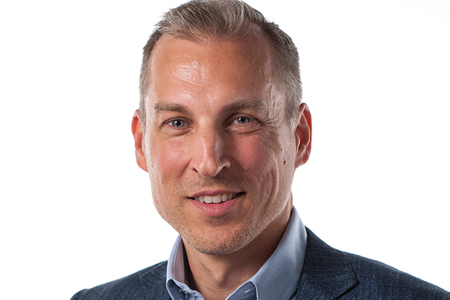 Software companies often fail to recognize their value when finally catching the eye of a well-heeled prospect. Like an insecure teen fawning over a crush, they’ll risk it all to keep their attention.

Instead, when opportunity knocks, play it cool. Answer the door with confidence. If you didn’t have something to offer, they wouldn’t have shown interest.

Entrepreneurs often fail in ascertaining risks. They will embark on a journey of giving away product for free with the hopes of getting a pot of gold at the end of the rainbow — and it’s often not there.”

Your proposal response speed is critical. Dilly-dallying around with various pricing and packaging strategies typically causes the buyer to lose interest.

I recently had a conversation with a software company that caught the interest of a large energy customer overseas. The company was selling a plug-in component that competed with other PDF generators, but its offering was more flexible and much cheaper. This prospect wanted a quote for 15 million PDF creations a year. The software company didn’t know how to respond, and now it can’t get the prospect back on the phone.

Anyone who starts a business starts the clock ticking, at which point there is a certain amount of gas in the tank, which we will call “time.” If you don’t make enough progress in that time, you’re done. Spend time early on learning how to get paid for the value you deliver, because that’s the gasoline in your tank.

DON’T GIVE AWAY PRODUCT FOR FREE

Entrepreneurs often fail in ascertaining risks. They embark on a journey of giving away product for free with the hopes of getting a pot of gold at the end of the rainbow — and it’s often not there.

When you align yourself with nonpaying customers (we call these prospects) — even if they’re publicly traded — you are at a very high risk of wrecking your product roadmap.

Suppose you just attracted Lowe’s Companies Inc. as a customer. It’s tempting to get starstruck by their size — more than 2,300 home improvement stores nationwide. Let’s say you offer a free pilot for six months to lure them in. What typically happens during a pilot like this is that a company like Lowe’s will say, “I love this software, but we’re going to need it to do these 12 other things.” You, ever eager to get paid, will throw in those features at little to no cost.

That cost to the business is obscene. It’s not just the cost of your time; it’s the cost of the forward progress the software would have made with other paying customers you never got to meet.

“Large companies play the card that they’re sexy operations. Some may entice you to chase them but may require your soul in the process. They may lure you into unfavorable terms and conditions.”

Your product roadmap was drafted for a reason — to create paying customers. Now you have a supersize nonpaying customer that will require custom features that not many other companies may use.

The prospect must be a real customer, with skin in the game. You have intellectual property and your fiduciary responsibility is to exchange it for revenue. Without that, you won’t be able to survive.

It’s all about learning a better balance between being paid now and getting paid later. Messing up that balance creates a quagmire for your fledgling company that can leave you polarized on nonpaying prospects.

DO TURN BIG CUSTOMERS INTO RESELLERS

We recently had a client selling software to a franchise prospect, and the franchise wanted a revenue split because it had access to 2,000 potential customers. The franchise argued that our client would soon reap big profits from additional upgrades on their platform.

It’s easy to think, “I’ll get a really small amount of money upfront and then I’ll have access to their 2,000 members later.” But chasing down all those members to sell your software is going to require a lot of time and effort — not to mention labor costs. And since the franchise in this case doesn’t control its members’ software investments, they’re going to have to fight to get each member on the phone to start the sales dialog. It’s no different than if someone handed you a list of names and numbers: It sounds great, but you still have no relationship with those individuals. That means it’s slightly better than cold calling, but not by much.

Instead, we advised them to treat this franchisor as a reseller. Get paid up front for all of its software and let the franchisor worry about selling it to its members. Since they are acting as a reseller, they can get their members to buy the software easier than you can. They’ll be buying at a discount, so the franchisor can make money as well. Why gamble away precious revenue on a deal hinging on prospects who may never want an upgrade?

Large companies play the card that they’re sexy operations. Some may entice you to chase them but may require your soul in the process. They may lure you into unfavorable terms and conditions. For example, we’ve seen many onerous source code release provisions that say, “If we don’t get what we want, you have to release your source code to us.”

And on that note, when you have a big customer, DO hire a strong intellectual property contract lawyer.

Software companies often fail to consider the potential negative impact of an “all-you-can-eat” pricing strategy for their software. Large customers are skilled at presenting their massive operations as being too complicated to deal with cumbersome license management for all of their members.

Their argument may sound logical, but what happens if that customer gets gobbled up by a publicly traded company? That new larger company may own the rights to the all-you-can-eat license.

We’ve seen how public companies — now armed with an all-you-can-eat term from their acquired company — will roll out the software nationwide. Then you realize, it’s not 2,000 members, its actually 22,000. What’s more, the customer now expects you to assist with the rollout of your software, maybe even without additional maintenance or software access fees.

Giving away products and services early on doesn’t advance your business. However, getting revenue for your software gives you many options, including attracting investors. That’s why some companies grow and others fizzle out as startups.

An “emerging company” has learned how to extract money from its software; a “startup” has yet to figure it out.

“Software companies often fail to consider the potential negative impact of an “all-you-can-eat” pricing strategy for their software.”

The future is the easiest thing for entrepreneurs to trade, and it’s also the costliest. Remember, the reason that the prospect showed interest is that you have something they want. If you didn’t, they wouldn’t be talking with you.

CHRIS MELE has 25+ years of experience in the software industry and is the cofounder and managing partner at Software Pricing Partners. He is the former CEO/founder of an award-winning SaaS company, is a software monetization expert, and is an E&Y alumnus.Mele holds a BS in computer science from Miami University.