This CEO opens up about the strategy for ushering this restaurant point of sale and analytics software company toward its next phase of growth.

Shortly before Sheryl Hoskins was interviewed by Software Executive she was enjoying a hike in Arizona. That hike would prove to be an apt analogy for her role as CEO of Upserve, cloud-based point of sale and analytics software built for independent restaurants. Hoskins describes being very focused on the ground, trying to avoid the many rocks and cactus plants that posed an immediate threat. That focus on what’s directly in front of you can also make you forget to pick your head up and notice the surrounding view. And that view, not the ground, is the best part of the hike. “Sometimes we’re really focused on the day-to-day activities that need to get done, but it’s so important to pick your head up and look around,” Hoskins explains. “At least a couple hours a week, I take a step back and really think about ‘Are we all doing the right thing for the immediate term as well as the long term, and how could we do better from a competitive perspective and a cultural perspective?’”

When she joined the Upserve team in October 2018, it was with a fresh set of eyes and an open mind. Hoskins’s resume includes leadership stints at the likes of McKesson and GE Healthcare. She’s an Army veteran with an MBA in marketing to top off her bachelor’s degree in electrical engineering. Hoskins isn’t new to the software world, either. Prior to Upserve, she was a GM at ACTIVE Network, a SaaS platform for activity and participation management. When Global Payments acquired ACTIVE from Vista Equity Partners in August 2017 for $1.2 billion, Hoskins stayed on as an SVP and later as chief revenue and product officer. Right before Global acquired ACTIVE, Upserve became part of the Vista Equity Partners portfolio as part of a financing round closed in July 2017. Hoskins didn’t know it at the time, but she would eventually go back to leading another Vista company.

A Decade Of Growth

Upserve was no stranger to healthy doses of capital. Founded in 2009 by Angus Davis, the company raised a $7.5 million Series A in 2010, a $12 million Series B in 2013, and a $20 million Series C in 2013 before the strategic investment that Vista took the lead on in 2017. Vista wasn’t the only big name to back Upserve either — previous rounds included backing from the likes of Greylock, First Round, NextView, Pritzker Group, and Index Ventures. That’s nice company to be in — not to mention a nice chunk of change — for a SaaS company headquartered in Rhode Island, far from many of its VC-backed peers in major tech hubs.

“ONE MIGHT ARGUE, ‘WHY WOULD A CEO LISTEN IN TO CALLS? SHOULDN’T THAT BE SALES MANAGEMENT?’ IT’S NOT SUSTAINABLE, BUT IT HELPED ME LEARN OUR SALES PROCESS.”

To be clear, Hoskins wasn’t brought in to “fix” any one thing at Upserve. This wasn’t a turnaround job. In May 2017 the company announced 100 percent growth from the previous year, which included 32 million active diners and over 23 million meals per month managed by its software. Upserve processes upwards of $11 billion in annual transaction volume.

In April 2018, the company opened a customer operations center in Denver, which capped off a multimillion-dollar investment and more than 50 new hires. That hub will continue to improve Upserve’s already industry-leading support offerings, including the 99.994 percent uptime and less than 10-second average wait time to speak with a live chat agent (both announced in Q1 2018).

Hoskins is tasked with building on the success Upserve earned in the company’s first decade. She plans to help usher in the next phase of growth by injecting operational vigor into all aspects of the company and by being easily accessible to both employees and customers.

A QA Process For Sales

As with any new employee trying to get the lay of the land, Hoskins spent her first few weeks meeting with her direct reports, talking to customers, and getting a feel for processes, culture, and strategy. “Early on I tried to get a broad view of where the organization was from a people perspective, but I quickly zeroed in on the go-to-market side of the house,” she says. “I wanted to make sure that we identify areas of opportunity to improve and grow within the sales division.” By week two on the job, she had listened to sales calls and started meeting with sales managers to discuss those calls. Then, she called a meeting with the entire sales organization to give her feedback. But before she gave any feedback, she turned the tables. She wanted to hear from the sales team what they thought they did well and didn’t do well. Not surprisingly, the sale team’s list matched her own.

Hoskins asked the Upserve team to examine the entire sales funnel from top to bottom. Revenue, call quality, and conversation rates were examined. “We QA our code and make sure we’re shipping quality code out to our customers,” Hoskins says. “I think it is just as important to implement a QA process for sales calls.” 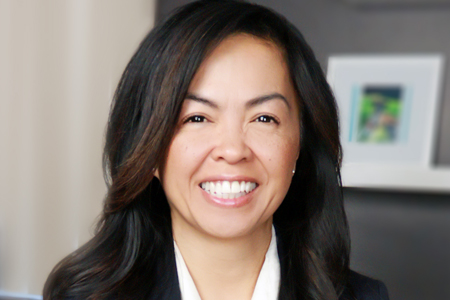 “NOW, WILL IT BE PERFECT EVERY QUARTER? PROBABLY NOT. BUT I WILL TELL YOU THAT THERE’S A LOT MORE RIGOR, PLANNING, AND CUSTOMER FEEDBACK THAT GOES INTO OUR ROADMAP, AND THE TEAM IS CONSTANTLY DELIVERING.”

The key takeaway from that meeting was to inject operational vigor into the sales process. “Operational vigor” is a buzzworthy way to say “accountability.” And the key ingredient to that is follow-up. After that initial meeting with the sales team, Hoskins continued to listen to sales calls and give feedback to individual reps. She’d do spot checks, but not to police the team. She explains, “One might argue, ‘Why would a CEO listen in to a call? Shouldn’t that be sales management?’ It’s not sustainable, but it helped me learn our sales process.”

The sales team agreed on a set of metrics coming out of that meeting. Hoskins ensured that everyone stayed focused and was held accountable to those metrics. “It’s easy enough to write a new process,” she says. “The harder part really is measuring success and then tweaking the process if it’s not working. That, to me, is operational vigor.”

Upserve’s sales engine wasn’t the only beneficiary of operational vigor in the past year. In order to keep up with the pace of growth, every team needed to fire on all cylinders. The HR, customer-facing teams, and product in particular are moving fast.

On the HR side of the house, Upserve now tracks how many candidates are sourced by its internal team versus candidates that find them. The new recruiting process means Upserve is doing the majority of the sourcing of candidates instead of waiting for candidates to come to them. Tammy Polk, another ACTIVE alum, joined the company shortly before Hoskins as EVP of Talent to help oversee the change. Why not continue to rely on recruiters and third-party job sites to fill open roles? “One, we can control our fast-paced hiring this way,” Hoskins says. “Two, it’s scalable. And three, it’s much more cost effective.” She estimates the company is signing on new hires every week, adding to its 250+ employees.

Upserve had a hiring spree in April 2018 when it opened its customer operations center in Denver. The multimillion-dollar facility brought on more than 50 new hires, part of a long-term strategic investment in customer-facing roles. Another investment in customers came in the form of Upserve’s customer leader forums. The roadshow stopped in five cities in its first year. Hoskins describes these as “a cross functional engagement with our customers,” as the events involved members of the marketing, customer success, support, product, and executive teams (including Hoskins, who attended a few of the roadshows).

These customer roadshows were one of many projects keeping the product team busy. The size of Upserve’s product team nearly tripled in the past year. The product team is releasing new modules faster than ever before. For example, in late February the product team unveiled two new solutions. The Upserve Tableside Mobile POS device allows restaurants to deliver food and beverages up to 50 percent faster. And the new Upserve Workforce platform is a scheduling and communication tool that integrates directly with the POS, instead of relying on third-party scheduling tools. “Everything that we said we were going to deliver, we have delivered,” Hoskins says. “Now, will it be perfect every quarter? Probably not. But I will tell you that there’s a lot more rigor, planning, and customer feedback that goes into our roadmap, and the team is constantly delivering.”

Hoskins is a Six Sigma Black Belt and is no stranger to the change management process. There’s a delicate balance at play for a maturing company like Upserve. On the one hand, the company has achieved a tremendous amount of success in its first decade — something to build upon for a new CEO. On the other hand, Hoskins needs to ensure that the company moves faster than ever to sustain and build upon its success. That need to accelerate can be uncomfortable, but it’s inevitable.

“Change is a part of life. Whether it’s at work or at home, change is necessary,” she says. “The question to ask is, ‘What am I going to do about it?’ Because you can only change what you can control.” From where Hoskins sits, she can control having the right team. In her mind, getting the right people is the first and most critical aspect of change management. It’s clear she thinks that box is already checked, and that’s why she regularly spends time with people other than her direct reports.

She also blocks off time to meet with “rising stars.” These are either individual contributors who have shown an affinity for leadership within their teams or people recently promoted to first-time management positions. In some cases, these meetings take place weekly, which is a substantial time investment for the CEO of a 250+ employee company. This is all in addition to customer calls, meetings with the executive team, and employees popping in to her office to take advantage of the open-door policy Hoskins established early on in her tenure at Upserve.

Hoskins often shares the PIE concept with Upserve employees (including with every new hire). She learned this during her days at GE — it stands for performance, image, and exposure. “You have to have a foundation of performing; otherwise, you’re not going to get promoted,” she explains. “A positive image is about your attitude, your perspective, and your mindset. Then the last piece is exposure, getting exposed to the right people and stakeholders so they know who you are.” All four of those elements have to happen at the same time for someone’s career to progress.

Hoskins is doing her part to make sure Upserve’s employees and customers have plenty of exposure to the company’s CEO and the rest of the executive team. To her, it’s time well spent in a competitive market for point of sale software providers. Hoskins wants Upserve to be the platform of choice for restaurants — the Salesforce of restaurant software systems. And it’s an attainable goal given the company’s record of success coupled with the vision and operational vigor Hoskins provides.