Our Problems Are In Code We Don't Want 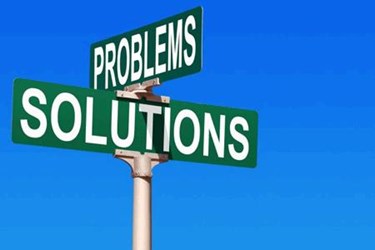 Technical debt. 66 percent of IT budget for software maintenance. Cannot easily transform an application because the source is missing. Legacy apps are a compliance nightmare. Please, is there anything you can do to get us an alternative to Oracle and VMware!

Many C-level executives’ inflexibility or that of their organization come from the ossified code they must deal with every day. There is no new method of magically dealing with old code. Ancient code, apps that cannot be migrated or updated are the anchor around the necks of any company wanting to attain flexibility.

Studies show large customer care and billing apps, built with hundreds of thousands lines of code use less than 5 percent of that code doing something productive for a customer. So why is all that code there?

First, much of the code is there to deal with “general purpose” software like a relational database, a virtualization layer, or other software that does everything well but a particular thing badly.

Another aspect comes from business apps bought from vendors delivering hundreds of features the company never needs. Yet it must support ALL the code.

Code explosion has a compound interest effect. The more unused code that accumulates, the more resources must be allocated away from productive uses to support it. Those include 8 figure annual bills from IBM Global Services or Accenture.

The entire tech stack driving the corporate IT world is general purpose. It was built by a software vendor to apply to every market, every possible use case.

When these apps and tools came to market, they were a godsend. No company could survive without general-purpose software. For several tech generations, they served the industry well.

These applications are strangling companies because these apps are too complicated and too large to be rewritten. They can only be moved to a cloud via the “lift-and-shift” choice everyone knows will fail to transform anything.

The toolsets, think Oracle, VMware, security patchworks, middleware, and other code are so complex no human can understand an app from bare metal to the GUI.

The results are stark. The cloud cannot meet the transformational hopes because the underlying code cannot be easily modified, rewritten in containers at a reasonable price in a reasonable time frame.

In the System Oriented Programming world, a complex legacy app can be rewritten in containers, managed through QA and into production in a quarter. It runs in parallel with the legacy app for a month, a year, or longer. When the company wants to reap the savings, it deletes the legacy app and the new app runs at one-tenth the cost.

Perhaps the company never chooses to end the legacy app. That customer care and billing system continue to reconcile every line item through two completely different codebases finding fraud and errors. Every transaction is cross-checked BEFORE it goes to the customer.

Fraud and inherent errors are eliminated.

How big a deal is this?

A typical customer care and billing system contains about a 4 percent - 5 percent error rate at the transaction level. That means the transaction error can be in the company’s favor or the customers’. The bad news is any error is a problem for the company delivering the bill.

A Queens, NY man received a $38 million electric bill which made national headlines. In such a case, the company’s loss was the ridicule of its customers. More troubling every day is the potential fraud that may have been secretly inserted into billing systems.

Fraud hurts everyone and cannot be easily found in code reviews. But running a parallel billing system catches it every time.

System Oriented Programming delivers a parallel billing system in a quarter, at one-tenth the cost of traditional technologies, and eliminates customer billing errors while it is being tried.

While many of today’s IT problems are in the code we do not want, System Oriented Programming delivers a low code, micro app solution that can revolutionize error and fraud detection in customer care systems.