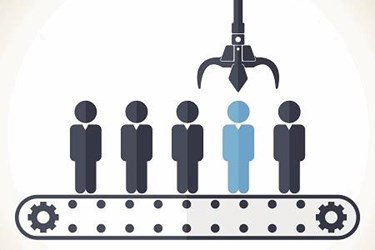 Hiring is hard. I’ve yet to talk to a software executive who disagrees with that statement. Hiring takes time, and there isn’t a playbook to provide shortcuts for finding and retaining good talent. It doesn’t help that engineers and developers can essentially have their pick of open positions at your competitors. This is why we added a panel about the tech labor marketing challenges to the ISV Insights agenda on October 12 in Philadelphia. One of our panelists, talent acquisition specialist Jeff Harvey, let me pick his brain about this topic before he takes the stage at our event.

Prior to his life as a recruiter, Harvey served in the Marine Corps from 2000-2004 and was in mortgage sales up until the economic meltdown started in 2007. He’s been through his fair share of tough jobs. Recruiting for software and tech companies isn’t a cakewalk either. Harvey is currently in a talent acquisition position for a fast-growing, venture-backed software company, and he runs his own recruiting consultancy, Harvey Consulting Group.

Harvey doesn’t sugarcoat the hiring challenges tech companies face. “There is a thermonuclear war for talent going on out there right now,” he says. He’s right – in Philadelphia alone, a keyword search on Indeed.com for “Software Engineer” jobs within 25 miles of the city shows 3,000+ open positions. And that’s just the Philadelphia market.

He remembers a time at one of his previous positions in Boston when a tech giant (hint, it rhymes with “oogle”) was opening a regional office. The engineers at his company were sent a mass email essentially trying to get them to jump ship for a six-figure salary practically on the spot. The talent marketplace is even more volatile thanks to tech salaries remaining fairly flat over the past decade. In addition to compensation, certain factors matter now more than ever when it comes to attracting and retaining talent, such as the scope of the work, how impactful someone can be in a role, management style, culture, and work-life balance. To help overcome these challenges, Harvey offers three pieces of advice that apply to any software company with open positions to fill.

Bringing in young, fresh engineers who are eager to start their careers in the software world is tempting considering the influx of graduates with computer science/engineering degrees in the past 3 to 5 years. However, Harvey warns against doing this during the early stages of a company’s product evolution. He has been approached by engineering boot camps and local universities, but the company has made a conscious decision to focus on hiring engineers with 4 to 5 years of commercial software development experience. “Recent grads are great sources of talent if and when you’re ready to take that on. When you are closing customers fast, with more and more demands, you’re going to lose out if you’re not meeting those demands quickly,” says Harvey. Obviously, hiring young talent will require time and training. They’ll need hands-on experience learning how to win the battles of releasing software on time, and that can’t be taught in a classroom. At some point, tech companies should be willing to do this but only after they have the resources to groom young employees. “That makes our recruiting life harder, but it makes our team stronger and more impactful,” says Harvey. “We’ve brought in experienced engineers who have been game changers within six weeks.”

#2 – Beware Of Engineers From End-User Enterprises

Harvey also cautions against assuming an engineer from an end-user enterprise will easily adapt to the commercial software world. He points out, “Those engineers are producing an internal product that doesn’t have to meet the demands of hundreds of different customers, doesn’t have to meet strict deadlines, and doesn’t have to be in a marketplace where it’s competing on a daily basis with other software. The game changes when your main purpose is building B2B software.” He explains how a developer who might work for a hospital or bank, for example, is likely accustomed to having massive resources and working on very siloed projects. They aren’t used to a roadmap or having to think globally about a software product. Even with several years of real-world experience, and even with the right kind of technical talent, engineers from the end-user world may find it challenging to succeed in a B2B software environment. Harvey did cite a few examples of success stories from the enterprise world, but those were less frequent cases.

I never talk to a software executive who is openly against building a good culture. In fact, the general topic of “culture” comes up in just about every conversation I have with one of our readers. Unfortunately, identifying the right cultural fit is not as easy as administering a technical test for an engineer. “You might have wonderful technical experience and wonderful skills, but if you can’t fit within a collaborative team environment that has people who are quick, agile, and can think about global business problems outside their silo, then you will struggle here,” says Harvey. He talks about “hard core behavioral interviewing” that asks technical candidates questions such as:

“If someone has had ‘career luck’ where they were part of a rising tide that lifted all boats, and they never had any bumps in the road, then that scares me if they haven’t had to deal with challenges or real pressure,” says Harvey.

Harvey will be on stage at our ISV Insights conference on October 12 at the Hilton Philadelphia City Avenue sharing more advice on how software companies can address challenges in the labor market.

ISV Insights is produced by Software Executive Magazine and ISVinsights.com. ISV Insights Philadelphia will take place on October 12 – it is a vibrant forum for thought-leadership and the application of best practices for executive level professionals at software companies. These conferences and exhibitions form a community for networking and discussing topics most relevant to software executives within an open format that promotes panel and attendee interaction. There is no charge for ISV and software executives to register at www.isvinsightsevents.com/register-industry.