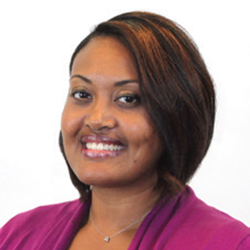 Howard O. Whistler was an NCR salesman and Sweda district manager turned independent dealer. Whistler was an active member of the ICRDA, serving on numerous committees, conducting sales and service training seminars, and writing articles for the association newsletter. He went on to serve as vice-president and president of ICRDA’s Board of Directors. When he passed away in 1967, a sizable void was left at the association — his tireless commitment to the work of the association, his concerted effort to promote and encourage dealer education, and his personal effort to uphold great standards in his own business, Assurance Business Machines Company — were all legacies that the ICRDA felt should be honored in some way.

2016 Hall Of Fame Inductee—Dave Sanders
In a spirited, often self-deprecating speech, David Sanders, President of CRS Inc., accepted his induction into the RSPA’s Hall of Fame. Sanders, noticeably moved by the honor, shared that he had attended his first ICRDA Convention 50 years prior, in San Francisco, accompanying his father, Ken, to the event as a teenager. He began his own career in the industry in 1972, continuing to attend conventions, at a time when his father was serving on the ICRDA Board of Directors, and there were 239 members. As he began to speak about his first meeting as a part of the industry, he took his mother’s own copy of the 1972 ICRDA Convention brochure. “There wasn’t a sponsor or a dealer, there was just a member,” he recalled — then proceeded to count on one hand, number of key franchise vendors that ICRDA dealers sold including familiar names as Anker and Data Terminal Systems.