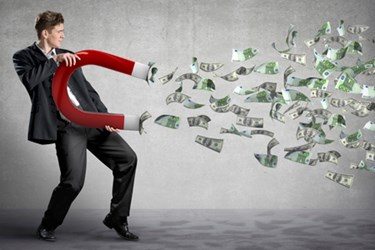 ISV panelists provide advice from the trenches on how to fund your software business.

Nearly 150 channel executives gathered to address the topics of raising capital, partnering, and marketing at the inaugural ISV IQ Live! Conference held February 24 in Santa Ana, CA. One panel, An Insider’s Guide To Raising Capital” featured four financial industry experts who shared their insights on how to raise capital for software companies.

Bronson began the panel by cautioning, “You should always treat capital as if it’s precious and golden, because it is.” This is true whatever the source of your funds.

And when you are ready to approach investors, Sexton said, “What you have to really understand is, when you decide you need to raise capital, you really need to have a game plan, have a runway, and don’t push yourself up against a place that you need the capital tomorrow. If you do, you will take on a lot of onerous terms by your investors, and that makes things very challenging for you moving forward.”

Bronson seconded that advice, saying, “Deciding that you need capital starts with a good business plan, and knowing where you’re going to be in one, two, three years, five years down the road.”

A good business plan needs to be clear and concise, according to Bronson. “If it’s more than 30 pages — if you can’t read it in a very short amount of time and clearly understand it — then it’s no good. That’s what we found with our investors. We had a very clearly articulated plan: how much we intended to raise, what we were going to do with that money, and what their return was going to be. Everybody found that a delight, as opposed to reading most business plans which were just a bunch of buzzwords and gobbledygook.”

And when talking to potential investors, be sure to keep things simple. Sexton warns, “If you can’t explain what you do to a 12-year-old and get them to understand it, you will not be able to explain it to these investors. I think you need to know what makes you great. Your background is different than anybody else’s.” His advice is to identify what you think differentiates your business from others before approaching potential investors and highlight that.

Communication with investors is crucial added Bronson, who called it, “C cubed: crystal clear communication.” He added you also need to understand the objectives and perspectives of your investors.

But where do you start when you’re ready to raise capital? Bodrozic, an expert on bootstrapping, advises starting with your own personal networks and working through introductions to expand your horizons. “Getting your name and presence out there is a way for you to attract potential investors because they’ve got an investment thesis and they’re going to interview 200 companies and try to find two or three to invest in.”

Bronson concurred, adding, “Have conversations with lots of people because you never know who they’re going to introduce you to. I got introduced to a lot of people who I never heard from again. But all it took was the one guy. By the way, that one guy dragged along a bunch of other people.” In the end, “It turned into a $25 million investment. You never know. It’s those conversations. Network, network, network.”

Balancing the actual business of the company with the work of raising capital can also be a challenge, according to the panel, but Bronson says, “You really have to make sure you’re focused on balancing all of the work and life. It’s really important to know that you have great people behind you.”

Bodrozic added, “I look at raising capital as an enterprise sale. You start at the top and you build a funnel. You get to the first demo, maybe it’s you that does the first demo. Then you get to the next stage, where you’re actually doing the negotiations around a term sheet.

“Then you get into the due diligence phase, closing out the transaction. Just think of it in the different aspects of trying to break down raising capital into its different stages and then, if you’re early and there’s nobody else on your team, work more. If you’re a bigger company and you have executive staff that can help you, bring them in at those phases of the funnel to augment you so that you don’t have to do it all.”

Ultimately, Bodrozic says, “Align your understanding over why you want the money and what you are going to do with the money with those other investors. If an investor’s investing in you, they are looking for a return in five to 10 years which means you’re setting yourself up for some sort of liquidity event.”

At the end of the day, you should be able to articulate exactly how much money your company needs and exactly what you plan to do with it to allow investors to monitor it and so that you can provide reports on how you are using the money.

And remember: you do not have to say yes to every potential investor. McKean explains you need to be ready to say no to investors that don’t fit the vision of your business plan or your expectations, because, “If it’s not consistent with your objective, it’s not consistent with the kind of culture you’re trying to build and you know it’s going to create problems down the line. You’ve got to be able to say no.”

ISV IQ Live!, powered by Business Solutions, was held February 24, 2016 at the DoubleTree Orange County Airport in Santa Ana, CA. An east coast version of ISV IQ Live! is scheduled for October 6 at the City Avenue Hilton in Philadelphia. For more information or to register go to www.ISVIQLive.com.