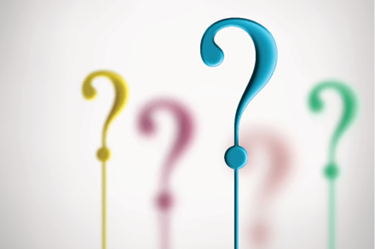 In 2012 Carl Ryden had what he calls “a brush with greatness” – Alexis Ohanian was then a speaker at the Business of Software conference Ryden regularly attends. Seven years later, the company Ohanian co-founded, Reddit, is valued at $1.8 billion and he’s married to tennis star Serena Williams. Ryden, the co-founder and CEO of  PrecisionLender, has done well for himself too.

PrecisionLender, a sales and negotiation solution that empowers bankers with actionable, in-the-moment insights and coaching, works with more than 200 banks globally, recently expanded internationally, and is hiring rapidly. Being at the same place at the same time as Ohanian is really just a fun story to tell – his presentation in 2012 didn’t drastically transform Ryden’s company.

Instead, another speaker did. Mikey Trafton’s talk, “How to Build a World Class Culture in 3 Easy Steps,” was “life changing” for Ryden. To learn how Ryden applied Trafton’s words of wisdom to transform his company, you’ll have to read the feature story on PrecisionLender in the October issue of Software Executive magazine.

In the meantime, Ryden offers his own homegrown advice on prioritization that just might be “life changing” for your software company.

If you work at a software company, chances are you’ve heard someone ask, “Wouldn’t it be cool if...?” Carl Ryden, co-founder and CEO of PrecisionLender, used to ask himself the same thing. When he launched the pricing and profitability SaaS platform for commercial banking he had less than eight months to build the complete solution before it had to be shipped to his first customers. He needed a way to keep himself focused and honest when temptations crept up. So he developed a test for himself, using these four questions:

When someone asks about adding a new feature or using a new dev tool, the four question tests is the ultimate decision maker. “Some developer will say, ‘Wouldn’t it be cool if we used ReactJS?’ The answer is, ‘Well, let me go through the list. One, no. Two, no. Three, it’s probably a pain in the pass to switch over. And four, no,” Ryden explains. Just because it’s a trendy new framework or a compelling request made by an important customer doesn’t mean it’s the best use of time. And these four questions ensure fairness to the person brining the request to the table.

“There are so many shiny objects that distract you from your mission,” says Ryden. These four questions can help software companies stay on track.

Tickets are available here at a reduced rate for Software Executive Magazine and SoftwareBusinessGrowth.com readers – just enter the promotional code ‘SoftwareExec' to get a 20% discount.