Think Outside The Cube 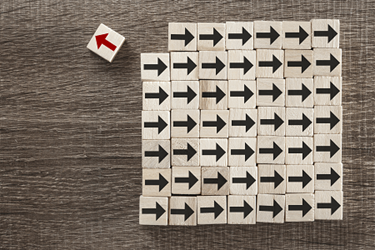 These days, most SaaS providers embedding BI in their applications recognize they also need some kind of ETL. (Check out this infographic if you aren't sure what ETL is). In response, many BI platforms are coming up with their own proprietary data preparation solutions. Some have chosen to use multidimensional databases, often referred to as cubes.

But cubes require advanced knowledge of data modeling as well as a number of non-standard querying and programming languages, which vary across platforms, making them unwieldy even for technologists.

There is a better way to prepare and warehouse data for analytics and reporting. We need to think outside the cube.

Let’s take a look at what cubes are, when they serve, and when to consider alternatives.

What are cubes, anyway? And when should you use them?

If you’re reading this, it is likely you have heard of data cubes before, even if you haven’t used one. OLAP (online analytical processing) cubes, also known as multidimensional database (MDDB) engines, were created in the 1980s as a method of segmenting and aggregating data from large databases in order to speed up queries for analysis and reporting. Because the industry never drove to any query language standards for cubes—  like the SQL standard(s) in relational databases— cubes are more difficult to work with and never became predominant. Basically, cubes are like a niche foreign film that sounds interesting but you just don’t feel like reading subtitles the whole time.

Cubes have made a comeback in recent years, though, as embedded BI platforms make attempts to modernize the concept with their own nonstandard, proprietary versions.