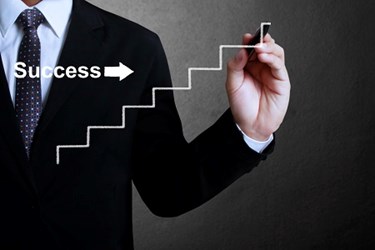 Would that diligence and compassionate customer care could buy smooth sailing for sales teams, but no software company reaches maturity without spending some time becalmed at sea.

Its normality doesn’t make it any less unnerving. Companies might have to hold off on hiring new staff or freeze more costly projects. Morale may start to slip as departments feud over who is to blame for the slowdown, but more experienced executives will know how to keep it from ever getting to that point.

Exago CEO Mike Brody and his Director of Sales, Bill Piacitelli, have over fifty years of management experience between them. Exago is Brody’s third enterprise and in its tenth year; Piacitelli helped steer the sales team for seven of those years. I sat down to learn their strategies for navigating sales slowdowns and came away with five pieces of advice worth their weight in signed contracts.

First things first: when you realize your sales pipeline is delivering deals more slowly than usual, don’t panic. Brody stresses that assessing the situation is key to responding to appropriately.

“How comfortable you are with your sales forecasting is the critical part,” he says. “Because what happens in one month isn't necessarily gonna tell you anything. So let's say you forecasted $1M for the period but only hit $800K. How consistent is that going to be based on your past history?” The better your historical data, the easier it will be to gauge the import of a dip like that.

Piacitelli advocates looking at sales lead and conversion data as part of this diagnostic process, as what seems like a slowdown might actually be a natural fluctuation in your sales cycle. “Look at all your lead gen and conversion rates for each of your marketing channels and then compare them to the previous six or eight months.” That way, you’ll be able to distinguish an incidental downward trend from one that warrants further investigation and corrective action.

2. Change The Things You Can

If you indeed find yourself in the midst of a sales slowdown, Brody says the problem lies in one of three places: your company, your prospect companies, or neither. “Actually, it’s usually a combination of all three,” he admits. Slowdowns can simply be the result of an imperfect storm; the key to weathering it is starting with what you can control — your own internal processes — and working your way out from there.

“Most of the time,” says Piacitelli, “there’s something you can do internally to address a slowdown.” Maybe that looks like reducing friction in your sales pipeline or doing a better job of coaching sales representatives in objection handling. Or perhaps it means authoring content that will speak to a new, wider concern in the market space. Checking in with prospects on their status can sometimes unearth opportunities for your team to help resolve holdups on their side as well. In sum, work to improve internal processes wherever possible while modulating the effects of external forces.

When you’re navigating a slowdown and starting to get antsy about where the next deal will come from, the last thing you want to do is fire ultimatums at your already-stressed salespeople.

Piacitelli often sees this at companies funded by venture capitalists. “There’s a lot of pressure,” he explains, “and this can compel sales directors to mismanage their people. Telling your team they have to close deals no matter what isn’t the same thing as providing valuable resources or constructive feedback.” When a slowdown can be traced back to the sales team itself, Piacitelli finds the problem rarely has anything to do with diligence or lack thereof. In most cases, it’s a matter of salespeople misaligning problems with solutions, focusing on a product’s functionality without explaining why it’s valuable to the purchaser. The way to resolve this issue isn’t brute force — it’s mentoring.

But then there’s also the question of morale. When people feel stuck, it can be hard for them to get unstuck, even with the right tools and information. That’s why Piacitelli advocates crafting individual action plans for each salesperson. “The ability to create great relationships is a really powerful and unteachable asset,” he says by way of example. “But you then have to teach someone with those relationship skills about value, timelines, and goals as well.” Creating individual growth plans may sound like a lot of work, but it’s actually more efficient in the long run. Plus, it celebrates individuals’ strengths, boosting morale while charting a way forward.

Addressing a sales slowdown can be especially difficult if it’s unclear whether you’re in one. Individual team members may have their suspicions, but it’s up to management to acknowledge the reality so the company can launch a concerted effort in response. Not verbally acknowledging what’s happening leaves a great deal of room for speculation, which can in turn lead to divisiveness.

It is for this reason that Brody is a major proponent of transparency, particularly in moments of uncertainty. His fiscally conservative approach to growing the company makes it possible for him to offer some assurances regarding the amount of strain the business can withstand. “I think being open with people is really important,” he says. “Sometimes it means letting them know we had a bad month or a bad quarter and the world didn't come to an end.”

The temptation to undersell a contract-based product persists even in times of plenty, but it’s especially seductive during slowdowns. It can be hard not to offer deep discounts in an effort to end the slump. Isn’t any deal better than no deal?

“If you start giving the product away the first time somebody is not 100 percent positive about it, it’s going to be difficult moving forward,” says Brody, who instead encourages staff to think about software they way they think about cars.

“If you want to buy a car, you can buy a Kia or you can buy a Mercedes. They would both probably get you to the same place in about the same amount of time, but there's a perceived value of the people buying the cars. So when a prospect points out that your competitor offers the same features, such as reporting, for less money, recognize that reporting can be as different across applications as handling or performance can be across cars. That’s where value comes from.”

Piacitelli adds that, like everything else in sales, discussion about value should be in service of customer care. As speaker and sales coach Bob Hooey is purported to have said, “If you don’t take care of your customer, your competitor will,” so in concert with all the other efforts already discussed, keep sales focused on problem-solving. Use quotas to chart your progress but let customer care be your North Star. That way, when the wind picks up again, you’ll have your sale — erm, sail — at the ready. 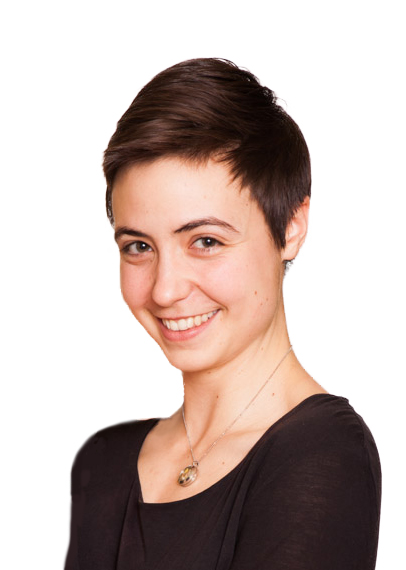 Nicole Hitner is Content Strategist at Exago, Inc., producers of embedded business intelligence for software companies. She manages the company’s content marketing, writes for their blog, hosts their podcast Data Talks, and assists the product design team in continuing to enhance Exago BI. You can reach her at content@exagoinc.com.