What's Beyond The Cloud? 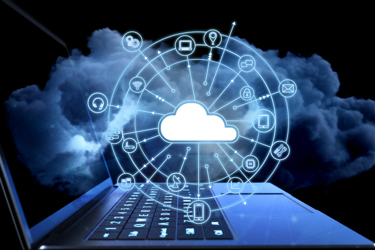 Recently some team members met with one of the world’s largest investment banks and the discussion quickly went to digital transformation – or better said, the fact that the cloud was not transforming anything.

The attendees, who regularly meet with the C-suite of the Fortune 200, quickly agreed that the “cloud” was just someone else’s data center, moving loads from in-house to another location, and if something were left behind, well, that was the hybrid cloud.

There was agreement with Gartner Group’s 2021 forecast that the current tech stack had only 3-4 years of life left in it. Silicon-based processing appears to be close to end-of-life and circuits are not going to get much smaller and faster. So, what next?

“What’s next” is being defined by desired outcomes, not just raw laboratory technology.

“What’s next” comes from what is needed, not what might be available, though impractical.

The outcomes companies need are to reduce the cost of IT by a factor of 10 or more.

Applications need to be conceived, built, tested, and in production in a quarter, not half a decade.

There needs to be an end to armies of operators who each know a sliver about a company’s data and app portfolio and a transition to a couple of people knowing everything there is to know about a large, complex, bet-your-business application.

There needs to be real time, flexible, almost liquid, ETL (extract, transform, load) facilities so even the data in that smallest of spreadsheets, with the most critical, unique customer data, is available to every app.

In short, there needs to be a seismic shift in outcomes or there is no transformation.

Transformation, by definition, is not incremental. 10% faster, 15% better DevOps, or 25% reduction in the source code needed to build an app is not transformational. It is better than nothing, but when measured against the cost, maybe not.

The discussion went to quantum computers and everyone quickly agreed any decimal order-of-magnitude benefits would be swallowed by the requirements of a new technology that would not bring forward current systems, processes, procedures, and skills.

Then the chat migrated to System Oriented Programming.

There is good disruption and not-so-much-fun disruption.

System Oriented Programming disrupts by replacing the current tech stack of Oracle, VMware, 5-9 layers of technology between the bare metal and the GUI.

It replaces microservices with micro APPS. The difference has profound outcomes yet embraces the processes, procedures, core skills, and governance of the current, yet obsolete tech stack.

The System Oriented Programming foundation has three critical pillars. First, the core building block is a complete system, not a single microservice. Second, I/O wait states are minimized via locality optimization. Third, System Oriented Programming employs a fractal system architecture where an app can be built for 25,000 records then immediately scaled to billions without any app-level changes.

As the group discussed the tech future, there was agreement that transformational outcomes could only come from changing the tech stack in a meaningful manner.

Everyone’s experience was that the cloud was not transforming anything.

System Oriented Programming, now emerging as a category, has several years of history delivering apps that run 1,000 to a million times faster, consume 90% less storage, can be built in a quarter, and require one or two engineers with Node.js and JavaScript skills.

While the costs of app development plummet, there is an equally significant impact on energy-consuming data centers. They contract to the point of going away.

An app that once ran on such a behemoth taking 90 hours to process now runs on an Intel NUC costing $5,000 in less than a minute. Grasp that for a moment.

So, as we look to what is coming beyond the cloud, we understood it had to deliver transformational outcomes or it was just another shiny object. System Oriented Programming delivers transformation, today, on the hardware firms' own and lowers their IT costs by orders of magnitude, using current skills and equipment.

Not a bad ending for the chat.