What The Navy Taught Me About Leadership 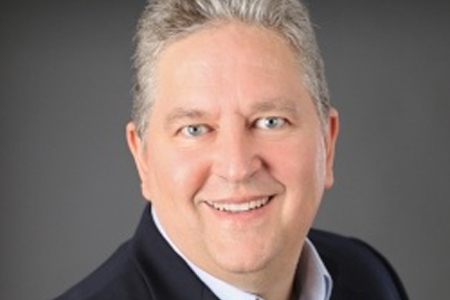 I worked for the U.S. Navy as a civilian for 11 years, including during the first Gulf War. Those years were full of change, pressure, and growth, and it had a big impact on the leadership style I use today.

I was fortunate to work for someone who took the time to help me develop my skills as a leader. She (and I should note it was uncommon at the time to see a woman in a leadership role in software, especially on a naval base) guided me into roles that played to my strengths and helped me improve in the areas that needed work.

To this day, I recognize her as one of the few people who shaped me into the leader I am. She showed me how to own and solve problems versus just sitting back and complaining about them. She was direct, provided honest feedback on my performance, and could see my potential — even though I didn’t see it in myself. Sometimes I think that in addition to being a mentor, she was a two-by-four over my head at just the right time!

"I learned quickly that if a person had skills and the right attitude, then nothing else mattered. If you can ﬁ nd a good software person, you have to get them on your team no matter what — you can’t aff ord any prejudices or presumptions."

In the late 1980s and early 1990s I was charged with building a software team from the ground up that supported a naval reconnaissance aircraft. Good software people were very hard to find at that time — let alone on a naval base. The private sector nowadays talks a lot about diversity, but the software industry has known the value of diversity for years; I learned quickly that if a person had skills and the right attitude, then nothing else mattered. If you can find a good software person, you have to get them on your team no matter what — you can’t afford any prejudices or presumptions.

During my time on this program, the aircraft I supported was called into action for the first Gulf War. This is when things got interesting, as the team had to pull together, deal with uncertainty, change, and work long hours. It’s when our work was put to the test, and the team did a great job all the way around.

I’ve worked with other great software teams, but this specific naval team stands out because our work was in service (at least in a small way) to our country during a time of war. It certainly united all of us with a common goal and the urgency that if we didn’t do our job right, people could get hurt. Certainly that’s something I’m fortunate to not have in everyday life: If a sale in the store doesn’t get posted correctly, no one dies.

I was fortunate to learn the true value of teamwork, diversity, and problem-solving in such a high-profile environment. Every day, I try to lead by example, and I’m immensely proud of the current team at BTM that continues to challenge and teach me.

TOM SCHOEN is CEO and president of BTM Global, which provides retail system integration and development services for clients ranging from small regional chains to the world’s most-recognized brands. Tom has a history of managing complex, high-profile clients on a global scale, along with 30 years of software engineering experience including scientific, military, and retail applications. He has held numerous leadership positions at Traveler’s Insurance, Retek Inc. (now Oracle Retail), MediSpan, and as a civilian with the U.S. Navy. Tom earned a Bachelor of Science degree in electrical engineering from Marquette University. He also oversees BTM Global’s charity initiatives, including home building for those who live in poverty, relief for orphans, and a variety of personal nonprofit activities.