When Engineers Take On Sales And Culture 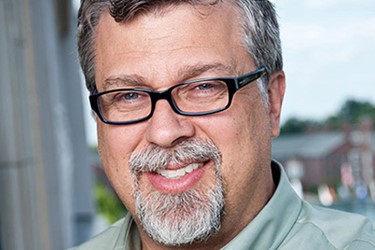 This CEO started a software company 30+ years ago with the belief that the engineering team should call all the shots (and as a result, he’s never had a commissioned sales force).

I was one of the four original founders of Software Engineering Professionals (SEP) in 1988. I had one job under my belt and decided it was time to explore entrepreneurship. Starting with a clean slate is both electrifying and terrifying.

We had the benefit of an industry in its infancy when we started SEP in 1988. Imagine, if you can, the PC had just hit the market in 1986 with no public internet, no cell phones, and no social media. Companies doing software development support were really just staff augmentation companies. It really wasn’t even its own industry yet. It was a clean slate, and there were no companies to emulate. We hadn’t done this before, so the founders came in with a decided lack of preconceived ideas that gave us the freedom to try and fail. We knew we didn’t just want to default to a typical money-driven business model.

We wanted to have a place where we could concentrate on doing good work and taking care of people. We believed that if we did these things well, success would come. I recently realized that SEP in some ways operates like a not-for-profit. Even though making money was necessary and desirable, we focused on the mission as a means of attaining success.

Despite a strong sense of purpose, we wondered whether a company could be successful with engineers calling the shots and just “doing what made sense.” We referred to SEP as an experiment and still do. This mentality certainly helped promote our learning/trying culture.

Here is my take on how and why engineers should lead sales and culture within a company. Warning: The following contains generalizations!

Early in my career (pre-SEP), I recalled my first customer meeting led by a client who was the typical marketing/salesperson. It was difficult hiding my shock and dismay at the outlandish promises being made to his customer. It didn’t bother my boss whether we could do what he promised. But, he made the sale.

Of course, then it was up to my development team to make the impossible happen, resulting in a lot of stress, late nights, and extra hours. But he made the sale!

Based on this experience, SEP made an early commitment not to use a commissioned salesforce and not to sell other products. We wanted our customers to know that we were unbiased in our recommendations. SEP went one level further. The manager (an engineer) who makes commitments to the customer is also the one responsible to deliver. No commission, and you have to do what you say. A great combination.

We did not know it at the time, but this stance is now called being a “trusted advisor.” Engineers are excellent trusted advisors, although often they need to be bolder offering recommendations. I highly recommend a book that is, interestingly enough, called The Trusted Advisor by David Maister, Charles Green, and Robert Galford for more about this topic. The highest level way of looking at this has to do with the DNA of the organization. High growth organizations that have transactional or shortterm customer relationships can afford to take risks to grow sales faster. If your organization plans to keep its customers and desires long-term relational sales, a trusted advisor approach is powerful.

"SEP made an early commitment not to use a commissioned salesforce and not to sell other products. … The manager [an engineer] who makes commitments to the customer is also the one responsible to deliver."

Engineers are expected to be knowledgeable and want to make sure that what is said is accurate. The “pursuit of knowledge” and “telling the truth” are two great foundations for any culture.

Many years ago, SEP was brought in to advise on a project for one of its clients where the presiding manager pushed and berated his 10 subordinates seated around the table about getting a product out by a certain date. They were dejected and demoralized. As we learned more, it was clear that the product could not be completed on time and that we were there to support the manager’s position that it was possible.

When the conversation turned to us, we told the truth. It was a risk, certainly, but that is what we do. The reaction was most interesting. Everyone relaxed with a collective sigh of relief — someone had finally spoken the truth! The manager was not happy, and it seemed like he was surprised, too. We were soon able to begin discussions about what could be done.

My point with the story is that this client’s culture was not one that valued truth-telling. The manager needed to know the truth, but there were real or perceived repercussions to speaking it. Just having engineers around clearly is not the key to ensuring that what is said is accurate because everyone at the table was an engineer. It was the culture.

An “engineering culture” would look much different. The open exchange of ideas and hard truth-telling are highly valued. People are interested in getting better. They help each other learn because people are not competing for promotions (or commissions).

In engineering cultures, managers don’t fight over resources, and there are no “kingdoms.” Everyone is pulling in the same direction, and the focus is on making a good product, taking care of employees, and satisfying the needs of the customer. Why does this happen?

One of the first books I read while leading SEP was Corporate Lifecycles: How and Why Corporations Grow and Die and What to Do About It by Ichak Adizes. This book has stuck with me for 30 years. I recently met one of the researchers behind the book and asked him, “What makes a great company ‘tip’ towards mediocrity?” His answers were:

As SEP has grown, we implemented a “proforma” forecast for planning purposes. I think it is miles away from “tipping” us, but I still cringe every time someone talks about being over or under budget.

SEP intuitively understood the employee review threat. We implemented a system that separates feedback from performance and pay. This means that we can openly talk with people to share direct feedback on how to improve without directly affecting pay increases. Promotions are based on a defined capabilities-based system that is open to the employee. The employee is part of the promotion assessment process and receives career development advice during the process.

Another factor which seems hard to avoid, especially as you grow, is competition between managers overseeing groups and departments. The best way to keep managers from counting how many direct reports they have is to not value them. SEP has been fortunate to be organized loosely around customers. Our technical staff is a pool that is shared by all the project teams. This is the way an engineer would do it.

SEP was founded in 1988 with the idea of bringing an engineering-centered culture and approach to software development. In 2010, I was proud that SEP transferred ownership to its employees by converting to an employee stock ownership plan (ESOP). As I prepare to step down as CEO after 30+ years, I’m also proud to say my successor shares these values — our future CEO started here as a developer and has been immersed in this culture his entire career. I’m confident our decision to continue to let engineers call the shots will ensure the future success and growth of the company.

JEFF GILBERT, the former CEO and cofounder of SEP, has been leading the software product design and development company for 30+ years. The company creates and deploys whole systems within its facilities and is one of the largest software development firms in Indianapolis, having built systems and products for several global/Fortune 1000 clients. SEP has been ranked by the Indiana Chamber as a Best Place to Work since 2010. Gilbert graduated from Rose-Hulman in 1985 with a B.S. in mechanical engineering and again in 2006 with an M.S. in engineering management. He received the Rose-Hulman Career Achievement Award in 2005 and Honor Alumni Award in 2010.