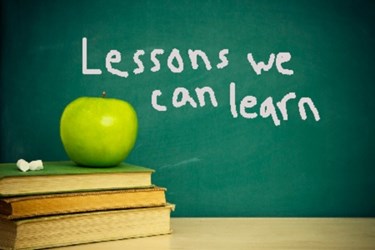 “Anytime my imagination comes to life; it reminds me to imagine more.”

So, it’s been a busy week in the print equipment and its services industry. I say, hang on because the speed of its disruption is going to increase. Thanks, Carl Icahn, for hopefully wakening the industry’s leaders to disrupt themselves.

Throughout history, most industries were disrupted by outsiders. So, this move by Carl Icahn is welcomed by those insiders determined to kick the ass of the channel’s complacency and status quo.

Some believe Xerox and HP coming together doesn’t make a disruption. It’s incredible how some can’t look past what’s in front of them. Or, they find it easier to discuss why something won’t work over the discussions on why things will work. Who knows which one writes the check or swaps the stock. The bottom line is, Xerox started the game as they ante up.

This merger will cause the remaining manufacturers to consolidate much quicker than many wanted. It also affects the Private Equity in the channel as they consider current and future investments. Soon the hype in roll-ups chasing the fiction of Managed Print Services growth will be questioned as those investments are held accountable to market realities.

We are witnessing the beginning of the industry’s most significant cost-cutting in its history.

I will call it.

“The era of aligning cost with market realities.”

When Carl Icahn set out to clean up Xerox, he did it to bring greater value to the company by aligning it with the realities of the market. Carl said he saw Xerox heading in the direction of Kodak, and he intended to change that direction.

Xerox had many out of control expenses, and Xerox was not addressing the overlapping and saturated distribution. Carl questioned the fact that GIS (Global Imaging Systems) was not focused on the Xerox brand.

These GIS Dealers which Xerox owned, were selling competitive brands; he also questioned why Xerox owned companies were still operating with their independent names over capitalizing on Xerox's name recognition? I agree with Carl on that. Why acquire distribution and keep it independently branded. I think its insecurity or a lack of confidence in the acquiring brand by the acquired.

Dealer Roll-Ups listen to Carl, unite the brand, and rein in the cost.

We still see today’s roll-ups using the GIS model, it seems as there is still a fear of what consolidation means to the end-users. Do these roll-ups really believe that customers would leave if the dealer changed its name? Do dealers think they are fooling the customer? I think this strategy does not align with end-user’s reality and destroys the entity’s chances of national recognition.

Organizational unity creates esprit de corps; this unity becomes clouded by individualism. Roll-ups should be proud and praise their integration. I believe if you intend to be a national organization, then be national, in name, products, services, and core values.

“It is more important to bring together what is separate, over attempting an appearance of togetherness while remaining separate.”

Unity and brand recognition in the Imaging Channel is quickly becoming a must as the fast approaching pull-economy invades the channel’s deliverable. E-Commerce will play a significant role in the future of the channel. Those of you who understand Google should quickly realize the value in this paragraph and the next.

A national company all united on a customer-centric deliverable is so much more effective than a national company made up of independent organizations all working as they did in the past. It will be much easier to find your company in the digital world when its name is widely used. If you intend to sell nationally, you better be recognized nationally. I suggest all roll-ups take the parent's name and do it quickly. Because some in the channel will in-fact sell nationally.

Quite simply, Xerox needed someone to say enough. Carl Icahn said it. Who in your organization will say, "Enough is Enough?

All dealers’ manufacturers and those who provide services to the channel’s ecosystem must rein in and align cost. The inefficient ways of servicing and selling must not be ignored any longer.

Dealers must stop working with any consultant who is keeping them in the past or is telling them what they want to hear instead of what they need to hear. I am a supporter of NEXERA, BEI Services https://www.nexera.net/about/management-team and proudly say this.

All dealers and private equity in the space should contact Wes McArtor to understand the data. Wes McArtor and his team have the most extensive industry database in the world, and numbers don’t lie or get emotional. The future of the channel will take bold leadership willing to lead based on the realities of the market. A reality clearly defined by the data.

Xerox/Hp will bring a whole new game to the field which many still see as an unchangeable game.

Those who cannot muster the fortitude to make the needed sacrifices should move to the sidelines. The Imaging Channel will face many challenges as the market continues declining. However, the industry can reinvent itself and thrive if they stop trying to save yesterday’s relevance.

Print equipment, and its services business model is going to modify. Hopefully, this new era of consolidation and cost cutting brings a fresh perspective to a much-needed reality check.

It will be interesting to see how the deal pans out, but one thing is adamantly clear. Two of the major players in the space just slapped status quo in the face. It’s the time now for the rest of the industry’s actors to do the same.

“Status Quo is the killer of all that will be invented don’t get stuck in Status Quo.”