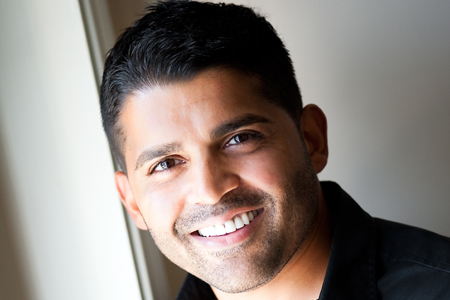 Before founding Wodify, an all-in-one management software platform for CrossFit gyms, Ameet Shah had never run a product company or launched a product. He had founded a successful consulting and development firm, so he wasn’t new to the trials and tribulations of business. To Shah, what helps a business grow is learning from mistakes. Here are three of the mistakes Wodify made as it grew to $10 million+ ARR, 75+ employees, 4,500+ happy customers, and a spot on the Inc. 5000 list two years in a row. For more on Wodify’s cultural transformation, check out the feature story, “Transforming A SaaS Business In A Single Week,” in the April/May 2019 issue of Software Executive.

Before founding Wodify, I had never run a product company, and most of the people I worked with had never launched a product. We learned so much beyond things like ARR and cash flow, and learning is what really drives a company. We learned from our mistakes instead of hiding from them, and we’re smarter because of it. Here are three of those mistakes we made at Wodify that hopefully you can learn from before you have to experience them.

MISTAKE 1 — WE DIDN’T ARCHITECT FOR SCALE

One thing we didn’t do from day one is think about architecting scale. Typically, when you’re trying to build a proof of concept or an MVP, I think the best practice is not to worry about scale. Just get a solution in a customer’s hands as fast as possible and start getting that important feedback, right? That’s exactly what we did. The mistake we made was that we didn’t take the time to refactor and rearchitect a module for scale before we moved to the next feature. Part of it is because we never had an actual vision for the app turning into the company it is today — we thought it would always be this little point solution that we’d have as a side project.

Then we started developing things rapid fire. We built features quickly. My competitors thought we had an army of developers, but we didn’t. Our customers thought we were amazing. But we definitely took a little bit of a shortcut to get there so quickly, and we had to pay the price because it’s harder to pay back technical debt the longer you wait to refactor.

The flip side of this mistake is that one could argue we could have spent too much time refactoring and building this perfect thing. In that case, we’d have never gotten the features out there or quickly seen the opinions of customers, and therefore we might not have driven the margin and cash flow to be able to refactor anyway. I can tell you early on we definitely encouraged technical debt, and paying it back is painful.

MISTAKE 2 — WE FORGOT TO FOCUS ON OUR CORE COMPETENCIES

The second mistake we made might be due to getting overly confident in our abilities. We stopped focusing on our core competencies. I’ll give you an example. We were convinced that we had to open a CrossFit gym beneath our office. There were two main reasons for this:

We thought, “We’re building software to run Cross- Fit gyms, so let’s see how it really works. When we find deficiencies, we’ll be able to address them pretty quickly.” That certainly was our approach for the performance tracking aspect of the software. I think there was a time where every Wodify employee was doing CrossFit anywhere from three to five times a week, and since we used Wodify’s performance tracking solution for that personal CrossFit experience, we could give immediate feedback.

Plus, we had a lot of talented people on our team who could definitely get focused on running a successful CrossFit gym and would have done a great job. But the challenge became taking resources away from the software product to run this CrossFit gym. It was a small, modest gym, and the goal all along was just to break even (which was a problem itself). We could have taken those same resources and invested that into our product or communication with our customers.

Now, in hindsight, we got tons of customer feedback from our own gym, so it wasn’t the worst use of resources. And now when we ask our customers if they’d like to participate and help us build a better platform, we have too many people who raise their hands, so we don’t even need our own gym.

The lesson here was it is best to really stick to your core competencies, which in our case was software, not owning and running a CrossFit gym.

MISTAKE 3 — NOT FOCUSING ON CULTURE FROM DAY ONE

I can tell you, in the early days, when you said, “company culture,” light bulbs didn’t really go off in my head. I mean, I didn’t actually know what that meant. It was different back then. There were about 10 of us in one room, many of us knew one another from our prior company, and we were practically all friends. We shared a common goal, even though we never articulated it. We shared common values, even though we never really discussed those values or wrote them down. It just worked. So, when someone would mention something like culture, my reaction would be something like, “What are you talking about? We have work to do.”

What I learned is that, as we scaled the company, it became increasingly difficult to maintain culture, especially when you have to define what culture means for you. Then, add to that we opened a second office in Lisbon, Portugal, in 2016 with a different culture.

“We built features so quickly. My competitors thought we had an army of developers here, but we didn’t. Our customers thought we were amazing. But we definitely took a little bit of a shortcut to get there so quickly, and we had to pay the price because it’s harder to pay back technical debt the longer you wait to refactor.”

We started seeing symptoms from our lack of articulated values and concrete culture like the fact that we weren’t producing as quickly as we used to and that we had higher turnover than we were accustomed to. Frankly, people just weren’t having fun.

If I were going to start another business tomorrow, I think the first thing I would do is define our purpose, our mission, and our core values. Fortunately, Wodify was able to do that during our companywide culture week in 2018, and culture is something we continue working on every day.

AMEET SHAH is the founder and CEO of Wodify, an all-in-one, cloud-based performance-tracking software designed for CrossFit gym owners, coaches, and athletes. He has been named to SmartCEO’s Philadelphia Circle of Excellence and the South Jersey Biz “20 Under 40” list.