A growing force of founders who have raised VC money before will never do it again – here’s why. 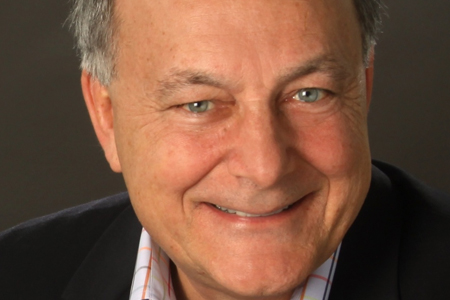 Bring in venture capital and you make the silent, irreversible decision to sell your company or do an IPO – or go bust in the process. The VC model has no other way to reward its investors.

Many first-time founders chase VCs as a reflex, not as a thought. They do not understand the toxic results, nor do they know there are better alternatives. The strategy after the VC joins is growth, growth, and growth. You, the founder, may think the right strategy is profitability, a great product, and wonderful, happy customers. Welcome to the alternative worldview from your new VC partner.

THE TOXIC REALITY OF VC FUNDING

At that first board meeting, after the happy dance where your 20-something employees were singing “we got funded,” your new “partners” tell you to spend most of your Series A round on hiring a marketing department and a sales department. That means starting base salaries of $150,000 for people who have never heard of your business. When you do the math, you realize most of that round is gone after sales and marketing.

The marketing department immediately begins a “new messaging” campaign with an expensive new website and shells out $100,000 for a new logo. It is what they do. They hire “inside sales” reps, mostly kids just out of school who are working “at a startup” and expect it to be like the Google stuff they saw on TV. Marketing delivers “inbound marketing” by sending massive amounts of depersonalized email to unsuspecting victims who had never heard of your software and likely have zero interest. This spam marketing is one of the art forms of VC-backed companies.

"A growing cadre of CEOs who have done it before will never work with a VC again. One confessed to me, 'I told my VC board we were two quarters from profitability and they told me to keep up the losses because profitability would screw up their valuation model.'"

Then the sales teams show up. They never have enough leads, whitepapers, or competitive battle cards. They are likely friends of the VP of sales that the VC recommended you hire with a base salary higher than yours. The sales team begins the year with the famous “sales kickoff” at a very expensive, golf-oriented location. That four-to-five-day soiree costs about $250,000. Your VP of sales tells you it is to “kick off” their great selling. You choke on the number because you at least finished eighth grade math and you understand that a golf outing for strangers about to sell your life’s dream product cost you more dilution than you ever imagined.

And off you go: to great success, an IPO, where everyone is rich and you get that write-up in TechCrunch. It does not get any better. Except it does not happen.

You spent the entire Series A. The sales team has turned over twice. The spam marketing is generating lots of activity, but few results.

You, the founder, the visionary who built the company, are spending 50 percent of your time running around trying to raise that next round. You are on the VC cocaine train and you cannot get off. Your Series A VC started ignoring you when it became pretty obvious that an IPO was unlikely. Every board meeting is about raising more money.

You cannot accelerate because you have a cost of sale approaching 50 percent. You have a sales and marketing machine that eats far more than it produces. You have to get it more food, paid for by Series B equity dilution, praying it will start to sell more than it consumes.

Since you have no sales strategy other than this expensive, traditional sales force, you must embrace its madness and keep it funded. Welcome to high-tech VC financing.

AN ALTERNATIVE TO THE VC MODEL

There is a growing base of CEOs who have played this game and found it toxic in the extreme. They lost their companies, were almost always fired when they resisted the VC growth-at-any-cost madness, but now are back at the table with new ideas.

It is a new day and there is a new reality. Money is fungible. Ideas are not.

VCs can be replaced by any form of currency that pays the bills. Great ideas do not need VCs, but VCs cannot live without injecting their steroids into the dreams and ideas of others with great ideas.

A growing cadre of CEOs who have done it before will never work with a VC again. One confessed to me, “I told my VC board we were two quarters from profitability and they told me to keep up the losses because profitability would screw up their valuation model.”

"Great ideas do not need VCs, but VCs cannot live without injecting their steroids into the dreams and ideas of others with great ideas."

Some founders realize bringing a new product to market does not require these expensive sales and marketing investments because initial selling is to the innovative early adopter. This 3 to 5 percent of the market exhibits entirely different dynamics. The early adopter is looking for the new idea as hard as the founder is looking for him/her. Early adopters are highly networked so if they make a commitment, they will bring in others just like themselves. That sales force the VC made you hire could not find an early adopter with an ankle bracelet.

The dynamics of selling to an early adopter market are entirely different. They are all about “finding the customer looking for you.” That customer wants an early advantage or needs to fix a problem. If conventional technology would work, they would have used it.

These founders know they can hire world-class sales teams who will work for literally nothing — just pay them a percentage of what they kill. When your sales team does not need a $150k base, it is because they have been very successful at their trade.

Marketing? Conventional marketing only feeds the egos and pays the salaries of formerly big company marketing types who have zero experience finding that early adopter. And if they found one, like the blind squirrel with the nut, they could not message properly anyway. The marketing these founders want is all about finding those companies where a marketing event is “energy producing” and not “energy consuming.” The difference is every customer brings on new customers. One does not have to ramp up a selling machine for every sales event.

Here is an example. A portfolio company had a product that would literally save a major telco over one billion dollars a year in costs (yes, that is not hype or type, it is for real).

But how could they get to the right person without that massive, spam-producing marketing department?

We spent several weeks talking to key consultants at that telco. We found a trusted advisor who had a close personal relationship with the identified early adopter. We arranged a lunch and shared our technology and what we thought it could do.

He agreed it made sense and he wanted to share his thoughts with this telco early adopter. We then wrote a one-pager outlining our thoughts on how we could help the telco. It was very focused, detailed, and pretty geeky. No marketing spin there. No fancy logo.

A week later we were invited in to present our technology to the C-level early adopter with the billion-dollar problem. What followed was attentive listening and finishing the sentences for our CEO/founder. Then an invite back, just four days later. Total cost: $38.55 (for the lunch with the trusted advisor).

Shortly thereafter, the company secured a commitment worth enough that the only VC funding we may ever consider will be from us to our kids’ Junior Achievement projects.

Yes, there is another way.

JAY VALENTINE is CEO of ContingencySales.com, bringing disruptive technologies to market without early VC money. The portfolio includes firms in similarity search, protecting-data-in use security, continuous software testing, and software appliance. He is also vice president of sales and marketing for SoftwareAppliance.com, a portfolio company, and was the CEO of the team who built the eBay fraud detection engine.