Digital Transformations Fail Because They Must 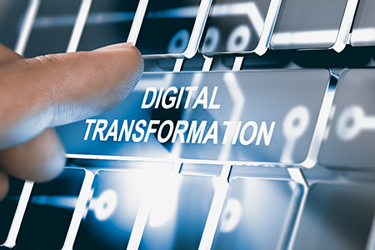 Have you noticed articles about failed transformation outnumber those about successes by a wide margin?

The brag bias should be in favor of posting success, not failure.  Results in the transformation world must be worse than even the article disparity shows.

Transformations are failing, according to Gartner Group, at a 75% rate.  Since nobody wants to admit they failed, one suspects the number might be 90%.  Forbes reports the failure number at 84%.  Something is wrong and it is costing a lot of money.

What is digital transformation?  Here’s a list consistent with the literature:

Digital transformations are failing because they must.  They must because in the end, little changes.

Apps running in a legacy data center move to the cloud.  They are either “lift-and-shift” where they are identical to their predecessor or they are rebuilt in microservices.  In the first case, nothing much changes at all.

In the second case, it takes years to migrate them, rewrite them, test, QA, and deploy.  Here, again, not much changes.  These apps may be in microservices, but they run on the legacy infrastructure of Oracle, VMware, patchworks of security products.  Even if they are eventually rewritten, the company gains little if any competitive advantage.

Transformations are more likely to fail than succeed because the tools for transforming applications are the same tools that created them in the first place.  Just how can anyone transform an application by moving it to the cloud, in microservices, using Oracle, VMware, and the underlying infrastructure it used for 40 years?

Transformation demands something changes.  If an app can change, dramatically, it can drive competitive differentiation.  It can drive new business.  It can drive a change in a company’s culture – from slow and plodding to a bit more fleet of foot.

What is a demonstrable change in an application?

An app can run 1,000 times faster.  It can consume 90% less storage, it can run on hardware you can hold in your hand.  It can run at a network edge without a central data center.  It can be built, from concept to production in 90 days.

A transformed app can replace legacy apps without a need to see source code.  That means no months of flow diagrams, code reviews.  The app can take data feeds, data outputs, and craft a similar app in a quarter.  Reconciling every line item, this app can replace the legacy app at 1/10th the cost.

These are transformative results.  They impact an organization in fundamental ways.  They are a success.

Such results cannot be achieved with current tech stack.  Oracle cannot be made more agile, more flexible, or made to run 1,000 times faster.  VMware is both a financial tax and a legacy infrastructure that adds I/O latency.

Transformative results are the product of Systems Oriented Programming.

Micro apps are entirely self-contained.  The app has everything it needs inside its container.  It does not require that Oracle database.  It has a database built within it.

The critical difference between a micro app and microservice is the micro app does not need to run on the obsolete, slow, I/O bound infrastructure holding back current IT portfolios.  Containing its own tech stack, of widely used, well-known technology, the micro app delivers 10X performance differences in both app speed and app development.

Otherwise, your transformation efforts must fail because nothing much changes.