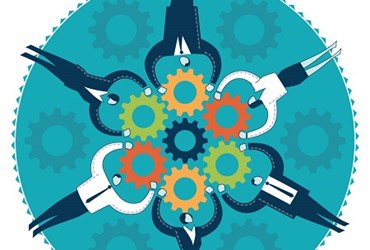 What’s your succession plan? If you’re like most tech CEOs, you don’t have a great answer to that question — and if most of your wealth is tied up in a technology company, that adds more complexity, for your company and for yourself personally. In over three decades of helping tech entrepreneurs answer these questions, we’ve learned a few facts that will hopefully be useful in your own situation.

Passing it on to children is rarely a good option, especially today. Technology companies have rarely been family businesses — the ever-changing nature of software and related tech simply doesn’t lend itself to the multi-generational firms of a past era. Today, even traditionally family-owned businesses are having trouble with succession planning — the Chicago Tribune recently ran the headline, “The boss is retiring. The kids don't want to take over,” and it’s a global problem.

Traditional succession methods, ESOPs and MBOs, don’t apply to tech companies. These usual mechanisms for passing a company to employees or management rarely work in the technology world. First, technology company valuations are much greater than traditional businesses, while the companies themselves have little in the way of hard assets. Second, these transactions are complex to execute, even more so when layered on top of a tech company, the most complex type of company ever to exist. Third, and largely because of the first two, banks seldom finance these transactions, making them difficult to even get started.

Finding a strategic merger partner is almost always the best succession option. With those succession options off the table, that leaves M&A. This can be daunting, but a properly run M&A process ought to provide you with multiple options. It should end with your company in the hands of a partner that will carry forward your vision for the technology, support your customers, and take care of your employees while opening up entirely new opportunities at the same time.

Now, the good news. Fortunately for the record numbers of Baby Boomer entrepreneurs currently facing questions of succession planning, today’s environment is the best ever in which to realize the wealth locked up in a technology company. We are in near record values and activity across nearly all technology sectors, and even the smallest companies are seeing offers that weren’t there just a couple years ago.

Today’s M&A market won’t last forever. All this can change, fast. We're in the 10th year of a seven-year cycle. If the tech M&A market does crash, as it’s done twice in recent memory, history indicates values will plummet 40 percent in the first 18 months. Half the buyers will disappear in that same time frame. Not only do prices and number of offers go down, but the structure of these deals becomes very unfavorable.

An M&A process can help create a better company. Your house never looks so good as when you’re about to sell it. Likewise, a professionally run M&A process will involve taking a hard look at your company and getting invaluable feedback from both advisors and potential acquirers on everything from go-to-market strategy to pricing to positioning. It also can open up doors that cannot be opened any other way — not everyone can acquire your company, but there are many potential partners.

If you’ve been wondering what your succession plan should look like, it may be time to create one — and there has never been a better time to test the M&A market. 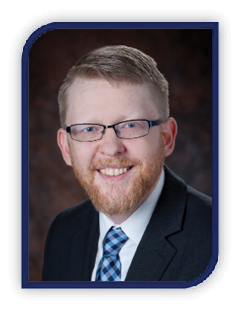 Tim Goddard joined Corum in 2011 and oversees the company’s marketing efforts globally from the headquarters near Seattle. Chief among these is Corum's extensive conference schedule, “Selling Up, Selling Out,” the Merge Briefing, the Tech M&A Monthly webcast and Corum's platinum sponsorship of the World Financial Symposiums' live events and Market Spotlight series. Through these events, Corum Group serves as the world’s leading educator in technology mergers and acquisitions.