From 0 To 2,000+ Partners: How A SaaS Company's Channel Program Reached Critical Mass

A LinkedIn post in early March 2019 from Matt Solomon exclaimed, “Holy sh*t, ID Agent just welcomed 60 new partners and counting.” He quickly corrected himself in the comments section. It wasn’t 60 partners generated from that particular trade show — the number quickly grew to 75. Then to 87. All from a single event, all of whom signed up to resell software for a company that, as recently as two years ago, had two employees and no partner program.

Solomon is the VP of business development at ID Agent, which develops threat intelligence and identity monitoring software solutions. The company’s flagship product, Dark Web ID™, identifies, analyzes, and monitors for compromised or stolen employee and customer data. The tagline for Dark Web ID gives a succinct overview of the software’s capabilities: “We go into the dark web to keep you out of it.” It’s a unique offering in a managed security market that MarketsandMarkets projects will grow 400 percent to $30 billion in 2020.

To say that ID Agent’s channel growth has been impressive would be a gross understatement. A more accurate assessment might say the company is a textbook example of how SaaS firms can grow exponentially without a direct sales team. Its channel play began in May 2017, when the company’s headcount was a grand total of two: Solomon and CEO/cofounder Kevin Lancaster. By December of that year 500 partners were reselling the software. Fast forward to today, and those partners total more than 2,000 in 22 countries and 45 employees.

“I can distinctly remember Kevin and I looking at the map when we had 25 partners,” Solomon says. “It was just the two of us, and I said to him, ‘There is no way we can support this many partners.’ I was serving as the accountant, the partner success manager, and the salesperson for all of them.” ID Agent now has more than 40 employees to support its robust partner network of managed services providers (MSPs). Software Executive talked to Lancaster and Solomon about the part of ID Agent’s story that starts with the decision to go all-in on a channel strategy. It’s a story with a happy ending in the form of being acquired by IT powerhouse Kaseya in May 2019. Here’s what happened in the two years in between.

GOING ALL-IN ON THE CHANNEL

ID Agent was well down the path of selling direct after the company launched in early 2015. Lancaster explains the technology was originally built to sell to federal, state, and local government organizations — a vertical he has more than a decade of experience in. Over the next two years the customer base gradually expanded to law firms, financial services firms, and other enterprises. Along the way Lancaster and Solomon picked up two channel partners from random inquiries, and those channel partners made them realize the potential growth they could earn in the midmarket and SMB spaces (plus, channel partners could still sell to their original large enterprise targets). “Once we saw the interest — and it was significant interest early on — we decided that channel is where it’s at,” Lancaster says. “We went all-in on creating a channel play, and we backed off fully with selling direct.”

The decision to abandon a direct sales strategy was one part strategy mixed with one part necessity. It did create goodwill for partners to know they wouldn’t be competing with direct sales. But even if ID Agent had wanted to keep selling direct, the company didn’t have the bandwidth to do so. Lancaster explains the only way to capitalize on the enthusiasm shown by early partners was to jump headfirst into expanding its channel program. But before they could expand that program, they first had to create it.

When an article about the company ran in a popular online MSP publication, Solomon woke up to 20 inbound inquiries the next day. Partners wanted in, and they wanted in right away. Step one in building the channel program was to visualize it. Solomon bought a map — literally a map to put up on the wall in the office — and started pinning the locations of new partners. Instead of trying to guess what elements of a program would best support those early partners, Lancaster and Solomon asked their early partners to help them develop the program. 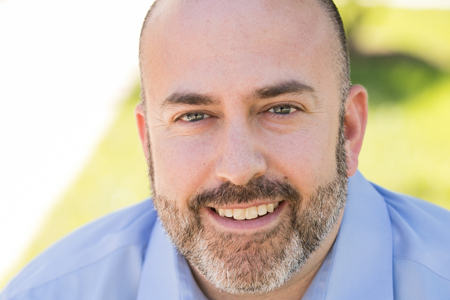 "I can distinctly remember Kevin and I looking at the map when we had 25 partners. It was just the two of us, and I said to him, ‘There is no way we can support this many partners.'"

Early channel partners acted just like early beta customers: They helped ID Agent map out pricing, support, product configuration, and how to pitch the solution. First though, product road map adjustments had to be made immediately after ID Agent decided to go all-in on the channel model. For example, there were already plans to build out multitenant capabilities when the software was still being sold direct, but there wasn’t any urgency for this since enterprise customers only needed a single view of their own data. With channel partners, the platform needed to give MSPs the ability to add, monitor, and report on hundreds of customers in a single view instead of just stand-alone accounts. “That was a sprint that we had to put on the board pretty quickly to make sure that we contained the data properly,” Lancaster says.

User licensing was another feature that needed to be reconfigured for channel partners. Being able to customize user access might not have been mission-critical to the threat-intelligence and identity-monitoring purpose of the software, but it was absolutely critical for allowing the software to be sold by partners. Solomon explains, “Some MSPs only want their salespeople to have access to the live prospecting tool, some only want their marketing people to have access to the partner empowerment document.”

In some cases, the advice from channel partners wasn’t in line with how Lancaster and Solomon envisioned the product. This was especially true for the aforementioned live prospecting tool. “Kevin and I had a long debate about allowing a prospecting tool in the platform,” Solomon remembers. “Thank God we did, because I don’t think we’d be where we are without it.” Here was the issue: The Dark Web ID platform shows compromised emails, passwords, and other personal identification information, so showing that data to prospects would fly in the face of the secure nature of the tool. But without being able to show examples, partners were struggling to articulate what, exactly, the software does and why, exactly, a prospect needed to purchase it. Prospects just weren’t seeing the use case unless they could see that their own data was at risk.

The ID Agent team took this feedback to heart and reconfigured the platform to allow a partner to demo information without revealing full compromised passwords. “That was one of the earliest and most important pieces of feedback from partners that became a catalyst for significant growth,” Lancaster says. “Now our partners can present the urgency to their prospects to show why they need all of these other security applications that they’ve been trying to sell to them for years. The greatest thing for us is that we’re having such a tremendous impact on the ability for these partners to grow their businesses, because it has broken down that barrier of making cybersecurity really tangible.”

ID Agent’s software helps its partners sell more than just a license for Dark Web ID — it also helps MSPs sell all of the other services and solutions that are critical for building a sticky, profitable relationship with customers. This growth is essential to understanding how ID Agent was able to scale its channel program so quickly and successfully. The goal is for ID Agent partners to grow their entire businesses, not just the part of their business that brings in revenue for ID Agent. Solomon recalls one MSP that recently brought in a contract for $7,000 in monthly recurring revenue thanks to an assist from ID Agent’s VP of channel success and training, Dan Tomaszewski (a former MSP CEO). Prior to that, this MSP’s largest monthly customer was only $3,000.

Even though ID Agent is just one small piece of the revenue an MSP can earn from a customer, the sales enablement tools make products such as Dark Web ID rise to the top of a partner’s list of favorite solutions. Recruiting new partners is one thing, but onboarding those partners, enabling them, and keeping the software top of mind among all of the other vendor partners MSPs have in their portfolios are an entirely different, bigger challenge. To address that challenge, ID Agent launched a program called “Goal Assist.” Sales are a common struggle for MSPs — and that’s not a generalization: Content related to sales advice and strategy is consistently among the most popular in Channel Executive, a sister publication to Software Executive that serves VAR and MSP companies.

ID Agent’s “Goal Assist” program provides a handson way to help MSPs boost sales. For example, one aspect of this initiative includes a member of the ID Agent team joining MSPs on sales calls. “We can talk to the MSP and tell them how to sell, or we can just show them how to sell it on a call with them,” Solomon says. “The feedback that we’ve gotten from our partners is that obviously they appreciate that support, but some MSPs have even had customers say, ‘Wow, I’ve never had a vendor get on a call as well. I love that you have that support behind you.’” 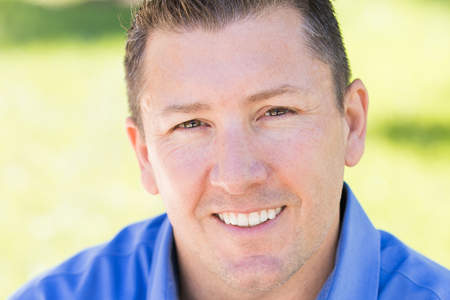 “Once we saw the interest – and it was significant interest early on – we decided that channel is where it’s at. We went all in on creating a channel play, and we backed off fully with selling direct.”

In addition to joining sales calls, ID Agent has produced more than 80 pieces of marketing collateral in the past two years to support channel partners. The marketing team created a white paper titled “The Year In Breach,” which gives a worldwide overview of data breaches. Many software companies get that part right: They know they need to produce content to support their channel partners. But it’s what ID Agent did with that content that actually helps partners. ID Agent’s CMO Dana Liedholm, along with Tomaszewski’s partner success team (composed of several former MSP CEOs), then developed a step-by-step playbook instructing MSPs on how to leverage that content asset. The playbook includes how to post it, how to set up a contact form, social media graphics and posts, email templates, and timelines. Moving forward, the plan is to produce a different playbook once a month that MSPs can promote to customers and prospects.

“The feedback that we’ve gotten from our partners is that obviously they appreciate that support, but some MSPs have even had customers say, ‘Wow, I’ve never had a vendor get on a call as well. I love that you have that support behind you.’”

“We’re trying to educate and empower our MSPs to sell the rest of their services, and our product does help them sell things such as two-factor authentication, password management, and security training awareness,” Solomon says. “It really gets their foot in the door. That’s what ID Agent is preaching. That’s been our mission.”

It’s a mission both altruistic and successful. In fact, this channel program has been so successful that it helped the company get acquired by Kaseya in May 2019. ID Agent will continue to operate under its existing brand that it worked so hard to build in the last two years since launching its channel strategy. Lancaster will continue to lead ID Agent, and Solomon continues to travel the world recruiting and onboarding new partners. And ID Agent’s MSP partners will continue to perform for the software vendor that is all-in on the channel, listens to their feedback, and helps them grow.