In early January 2019, Tomasz Tunguz analyzed how far along typical Series A SaaS companies were in 2018. The median growth rate (250%) and median ARR ($1.8 million) were surprisingly large. Tunguz explains, “In four years, we’ve seen a 4x increase in the median MRR of a Series A SaaS company. That’s quite a growth rate. There are two reasons for this increase. First, the science of building SaaS companies is better understood today than in 2014. Consequently, more companies are able to reach $1M in ARR than in the past because they can be more efficient with their capital. Second, round sizes at the seed and the A stages have increased. More money enables startups to achieve greater milestones before raising the next round.” 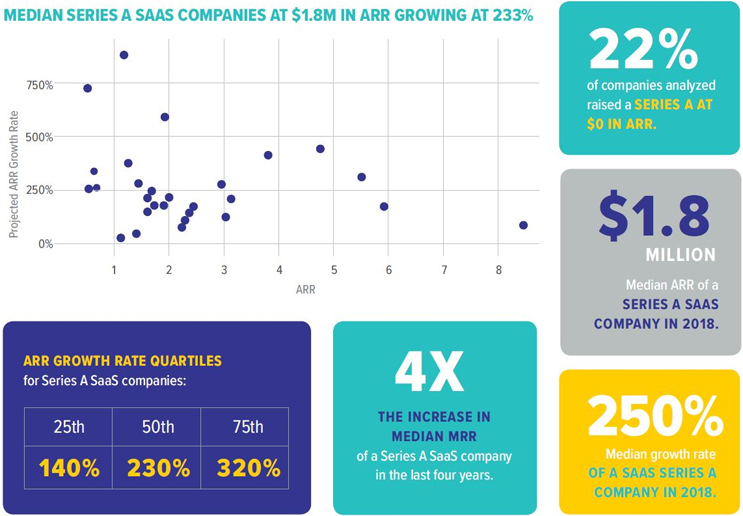