The Method Behind LogiGear's Madness: The Making Of The Innovation Lab 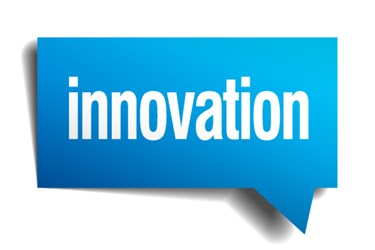 Test teams today are smarter and more sophisticated than ever. They need a training program that can both challenge them to innovate and grow to take on more ownership.

Facing this problem, we decided to create an in-house innovation lab to better train and challenge our offshore staff. The main goal of the lab was to train the team in new technologies while encouraging hands-on learning. The second goal was to use the lab to have the team foster solutions to problems they face while gaining autonomy from the home office.

For the maiden voyage of the lab, we had the team build and test a mobile application with two social API integrations. They were to use both the SMAC model, and Continuous Testing (CT). Another key aspect of the lab was to develop a modern-style training program that was scalable, repeatable and engaging — we charged the lab team with developing this.

Challenges With The Lab

One of the bigger goals of this lab was to foster ownership and solutions from the offshore team. When it came to decision making, we — as much as we could — told the Vietnam team, “No, this is for you to decide, not us.” This became a profound learning experience — especially because during the first phase the team looked to us for approval on tasks like the project name, team, and logo. This was simple but necessary for having the innovation lab team solving their own problems and not wait on answers from us. We knew this was key to developing a spirit of experimenting, risk-taking, and innovating. By continually focusing the team on solving their problems, and to take responsibility for transferring knowledge, they would gain more ownership from us.

One other hurdle the team faced while building the app was some of the staff had already worked on Continuous Integration projects. The team faced the old adage of teaching a man to fish. They could have done the easy thing and made the experienced staff do the CI portion, but instead decided to turn them into local experts, giving staff that weren’t familiar with CI to learn something new.

The second goal of the lab was to create a new style of training. The managers of the project realized it was not enough to just do the project. In order for the team to truly learn and retain, the project had to train others. The new style is a modern, mixed delivery method with practice-based techniques and gamification rather than only instructor-led training. The benefit was both personal growth and team growth — as an individual learns, they become the local expert, which enables them to consult others that may face similar problems.

The lab was a success. The application the team built was called Fit/IO. The app was for runners and would allow a user to plan, execute, and share their daily runs. The app was built with maps, geolocation, photos, weather, temperature, and a heart rate monitor. The team went above and beyond and included four social API integrations (Instagram, Facebook, Twitter, and Google+) and a cloud music player.

The first demo of the Fit/IO was important. From this first demo, the offshore team grew in ownership and control. Once the other staff saw this as a real “lab” to practice, play, learn, and make mistakes, the understanding of innovation “trying things” and “suggesting things” took off. Everyone wanted to be a part of the project and took great pride in their work. The staff recognized the value add of the lab — which was the freedom to create and evolve.

The IoT lab is still going strong since its development over a year ago. From the creation of Fit/IO., the lab has moved onwards to teaching the offshore team a variety of new technologies and processes, most notably CI Pipeline Automation, and Blockchain. In blockchain, the team learned how the fundamentals of creating a solid Ethereum Hyper Ledger architecture, did an application implementation as well as built blocks in the chain. LogiGear’s team is now proficient in its ability to both create and develop a blockchain, as well as doing smart contract testing on the chain.

Overall, for the home office and the distributed team, the impact has been profound. The offshore team has the confidence to make decisions and are taking more responsibility and are excited to do so. As well as enjoying the more modern, new-style training methods. These have been a big leap forward for the whole organization and continues to be.

Michael is a cofounder of LogiGear Corporation and has over two decades of experience in software engineering in banking, securities, healthcare, and consumer electronics. Michael is a Certified Scrum Master and has co-authored two books on software testing. Testing Applications on the Web: Test Planning for Mobile and internet-Based Systems (Wiley, 2nd ed. 2003), available in English, Chinese, and Japanese, and Global Software Test Automation (HappyAbout Publishing, 2006).