We Have A Pipeline Problem 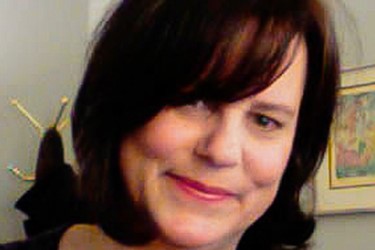 Last fall, I put together an all-female panel of highly successful tech leaders and sent our speaker proposal to SaaStr, the world’s largest B2B software conference, which promptly rejected it for not being actionable enough.

To be fair, they were right. Our topic was messy and unresolved, full of questions and devoid of answers. We wanted to talk about “women in tech”— specifically the distinction between technical and non-technical women in the tech sector. Some of us, myself included, have been nominated for women-in-tech awards even though we are not developers and can’t code. We didn’t feel comfortable with the public distinction, especially given how little recognition the few women engineers in the industry get. Anneke Jong tells The Muse a similar story, noting that only about a third of the women listed in Fast Company’s “30 Most Influential Women in Technology” can code, whereas “Nearly all of the top men in tech have software engineering backgrounds.” We wanted to discuss this trend, explore the language around it, and consider what, if anything, could be done about it.

Try as we might, my SaaStr contact and I couldn’t get the topic to work. Software executives spend a lot of time and money to attend events like SaaStr, and they want information and network contacts they can turn into money. Yes, the more diverse our teams — in age, education, sex, gender, race, ethnicity, and all the other ways people vary — the more diverse their problem-solving skills and the more potent their powers of innovation. There’s money in innovation. But if the pipeline is talent-poor in these areas, the problem lies upstream of Silicon Valley in the households and schools that fuel it, beyond the purview of a SaaS company and its C-suite.

So, I propose that beyond hiring qualified women to fill job vacancies, the most good I or any software executive can do to narrow the gender gap in the workplace is to leave the workplace. When it comes to gender and diversity in tech, and particularly in STEM, our responsibility as leaders extends beyond the office walls. We have a pipeline problem, and we can either wait for someone else to fix the pipeline, or we can fix it ourselves.

That’s why last year I became involved with Girls Who Code, a nationwide nonprofit dedicated to teaching girls computer science fundamentals. I saw it as my duty to the community to take what little clout I have as a non-technical woman in tech to encourage girls to explore computer science and imagine careers in web development, game design, and software engineering. I also saw it as an opportunity to unlearn some of the gender norms that had teenage me baking muffins in home economics while my male peers took auto shop.

I’m not the only one at my company who has left the building to patch the gender pipeline. Last fall, Exago’s Support Manager, Aliyah Gruberg, along with five other women from our Kingston, NY office, led a three-hour roundtable with SUNY New Paltz Computer Science and STEM students to discuss workplace expectations. Because once women engineers-to-be know how to code, they need to know where to code: on teams that give them the respect they (and everyone else) deserve. This is where the money comes in: Companies that treat their employees fairly and with respect, regardless of superficial differences unconnected with ability, will attract superior talent.

The five talking points for this roundtable weren’t groundbreaking. Students were told that in the workplace, they should expect to:

And yet, so many in the room had already — even on campus — worked with at least one of these basic expectations going unmet. How can we expect to source female engineers in the job sector if we’re failing them at the collegiate level?

It’s a long road to a pipeline abundant with female engineers, but I think it’s fair to say women in tech — coders and non-coders alike — have a role to play in moving the needle. Eventually, we’ll see a financial return on that investment, perhaps sooner than any of us had anticipated.

Case in point: We met our most recent technical support hire at the SUNY roundtable, and she’s since become an indispensable member of the team. If that’s not an actionable insight, I don’t know what is.

SUZANNE RYAN is the VP of Marketing at Exago, an embedded BI and analytics solution for SaaS providers. She has developed and managed marketing for both consumer and business products across a wide variety of industries for 20+ years.