Why Private Equity Will Drive Transformation 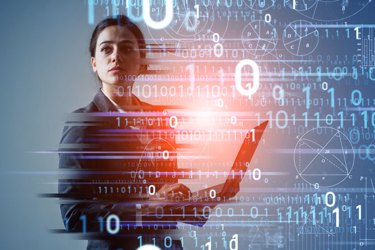 Articles accumulate featuring CIOs who led a digital transformation; they moved to the cloud.

Everyone knows there is no cloud.  It is just someone else’s data center.

Apps do not run faster in the cloud.  They do not cost less; they cost more.  Anyone moving to the cloud is entering a one-way gate of vendor lock in.  Adopting AWS or Azure “value added services” means there is no easy way out.

That is the story Gartner will be writing after they finish collecting rents from cloud vendors for naming the cloud the great strategic leap.

So why is every major firm doing some form of cloud migration?

There was the move to relational databases.  Now they ask if there is anything anyone can do to help them get rid of Oracle.

CIOs bought the ludicrous story that a massively complicated, breathtakingly expensive suite of German software was the thing to do.

SAP brilliantly positioned its almost impossibly complex software as “best practice” and the CIO herd told management to change business flows to adapt to the software.  This really happened.

Large consultancies saw oceans of implementation dollars.  IT staffs quickly learned anyone who had an SAP implementation degree commanded more money from the next hapless company going their way.

Every January, Gartner Group publishes trends around the next corner.  This year, they snuck in a sleeper to cover their extended rear ends.  It received almost no attention because the amped up vendor marketing machines either did not read it, or if they did, saw it as poison in their trough.

Gartner said the current tech stack is at end of life.  That’s right.  They said it.

Know what that means?  It means all this software, on top of other software, moved to the cloud, is not going to transform anything.  Companies simply cannot continue to build more data centers, consume more electricity, hire more programming armies and get ahead.  The end is near – in the next 24 – 36 months.

The reason this little gem received zero response is because it threatens the vendor-CIO-IT infrastructure depending on constantly new offerings that cost tons of money while never changing anything.  Change is Kryptonite for IT staffs.

CIOs are going to be judged by making something change, as in cut costs 50% or more, reduce storage 90% or more, eliminate data centers.  That is what a new tech stack can do and the last person on the planet who wants to see that is the CIO.

We have seen at least one, in production and thus can comment intelligently.  It is not quantum computing.  It is not some form of machine learning.

The current stack: operating system to middleware, database, app layer, security, virtualization and interface is a multi-layered monster.  Every layer adds an I/O event generating CPU latency.  7 or 8 layers mean latency of 10 to the 7th or 8th power over what a new stack can deliver.

A new tech stack eliminates almost all I/O.  Apps run 1,000 to a million times faster.  No relational database means storage is cut 80%.  Apps can be built in a quarter, no matter how complex.

Our friends with the tech stack are skipping CIO meetings.

They are going right to the private equity firms who buy and sell entire enterprises.  They take out costs.  A new tech stack means IT costs are cut 50% or more in a year.

The private equity people do not fear change.  They love it because change means they can leverage investments and make billions of dollars by cutting out the IT infrastructure with a new tech stack.

So do not look for a new tech stack to come from the usual direction.  It may be coming from private equity.  They love change; it feels like profit.