This SaaS startup is building a platform to help nonprofits manage board members. 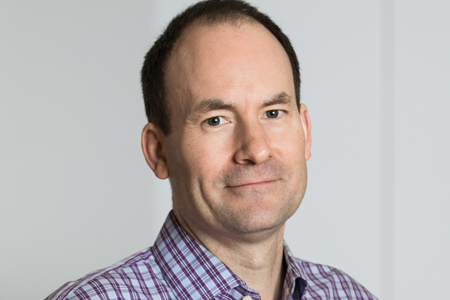 "Our team is probably tired of hearing me say ‘How does this tie to revenue? Show me how this will increase monthly recurring revenue.’ Everything we’re doing is tied to revenue,” says Jeb Banner, founder and CEO of Boardable. This Indianapolis- based SaaS startup, founded in 2017, has amassed more than 350 customers, recently raised a $1 million seed round, and is growing 300 percent year over year. Focusing on revenue might seem to have a dose of irony for those unfamiliar with Boardable’s target market — the nonprofit market — but that couldn’t be further from reality.

There are more than 10 million nonprofits worldwide, including 1.5 million in the U.S. And while most are what Banner describes as grassroots nonprofits with annual budgets under $1 million, Boardable does have enterprise customers, those with $10 to $20 million budgets. Nonprofits are an underserved niche that is prime for disruption by the right SaaS solution, and Banner believes Boardable could be exactly that solution.

Boardable’s MVP was built from scratch in less than two months thanks to the diverse skillset of talented engineer and cofounder Joe Downey. Banner and Downey still had some runway left from their previous venture (Boardable is company number four for Banner), but the clock was ticking. Once beta customers provided feedback on the product, the cofounders had a choice: keep building and dig a hole of tech debt that would be hard to climb out of as the product scaled or halt production and start over. They chose a complete rebuild, and Downey used what he’d learned to get a new MVP pushed out quickly, this time in about a month.

The cofounders didn’t view the decision to rebuild as if they’d wasted time on the initial MVP. Instead, they knew they could apply what they’d learned from the first build in order to design the second iteration of the product faster. “I remember one conversation when Joe [Downey] said, ‘Hey, if we don’t do this, we’re going to create a lot of tech debt later on.’ I’m a firm believer that if you don’t build with that in mind, you can build yourself into a corner,” Banner says. “It was definitely the right call.”

"I'm a big believer in getting users into your product as soon as possible because there's nothing like real user feedback."

The inspiration for Boardable came from an eventual customer, United Way of Central Indiana. The nonprofit approached GravyLab — a custom development firm spun off from Banner’s creative agency SmallBox that was led by Downey and Boardable cofounder Jason Ward — to build a portal to help with board operations. The idea turned into a standalone product company that had no guarantee this nonprofit would become a paying customer. The only way to see whether the early version of Boardable could scale was to start getting user feedback.

“I’m a big believer in getting users into your product as soon as possible because there’s nothing like real user feedback,” Banner says. That’s part of the reason Boardable’s MVP (and MVP 2.0) was built so quickly. “I think a lot of people tell themselves the lie that it will be the right solution when they get it to where it needs to be,” Banner says. “They’re afraid that what they’ve built isn’t solving the right problem. But if you’re putting off releasing it, that could be a sign you are afraid that you don’t have something worthwhile.”

BE PATIENT WHEN RAISING CAPITAL

Banner raised a family-and-friends round before looking for seed money for Boardable, but securing institutional money is a different game. He knew the partners at his eventual seed investor, High Alpha Capital, through various personal and business circles (including, coincidentally, having served on the same nonprofit board as one of the partners). After he already had commitments in hand, he sought out the High Alpha team’s advice about whom he should connect with to continue building out the round. Instead, High Alpha asked him to pitch them — and he did — so well, in fact, that they offered more than he was trying to raise, and they wanted to be the solo investor for the round.

It’s the kind of feel-good story that every SaaS startup wishes it could tell about raising capital. That said, it was still real work to finalize the deal. Banner admits he underestimated the amount of time and energy it would take to complete the transaction itself. “We were very fortunate in that the capital was friendly to us and that I have a great board, great advisors, great attorneys, and a lot of people around me to support the journey,” he says. “But the timeline was the biggest mindset shift. I know now to give myself three months. We made it through without having to borrow money, but we still had to tighten the belt a little bit and that was challenging.”

Boardable’s $1 million seed round is already being put to good use. The company added a full-time salesperson and a second full-time developer. Banner is also in the process of bringing on an administrator, a director of customer success, and a VP of marketing.

WHAT’S NEXT FOR BOARDABLE

Banner can envision a day when Boardable’s customer base scales to include tens of thousands of nonprofits around the world. To get there, he anticipates another funding round will soon be in the works. Another round of capital will help build Boardable’s three-pronged approach. Board management is part one, and the platform already has most of the tools to cover this category. Next up will be board engagement (changing the behavior of board members to get them more involved, which will include building a scoreboard tool to help measure the health of a board) and board talent (connecting nonprofits with talent, skillsets, and diverse candidates in order to help the board serve the organization in an optimal way).