Is Your Software Company Safe From Harassment Allegations? 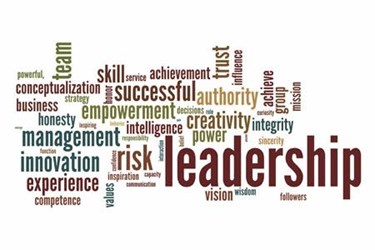 This September I’ll be attending the Business Of Software (BoS) conference in Boston. A few weeks ago the conference included its new “Code Of Conduct” in an event marketing email. This was a direct response to the slew of discrimination and sexual harassment allegations coming from high-profile players in the tech world like Uber, 500 Startups, and Binary Capital in late June and early July.

Mark Littlewood, director of the BoS conference, wrote on his blog, “It has been sickening to see the squirrely non-apologies...Their behavior, and the behavior of others, has been a central part in excluding huge numbers of brilliant and talented people from the software industry.” Littlewood goes on to ban anyone from the event who “has left an organization after allegations of coercive conduct or indeed been convicted in a court of law of the same” from all future BoS conferences.

My guess is most software executives reading this will say, “Yes, this is a problem in the software and tech world, but fortunately it’s not a problem at my software/tech company.” That might very well be the case. But, that might not be enough if your policies and procedures don’t clearly spell out the ways in which you are actively combating discrimination and harassment.

I recently had lunch with an attorney who specializes in labor and employment litigation. In layman’s terms, he explained how many of the companies he represents are run by good people with good intentions. But, they lack the business discipline to protect themselves from wrongful allegations. Your software company says it doesn’t discriminate. Your company proactively promotes equality and inclusion. However, you still need the paper trail to back it up in case you were ever accused of harassment or discrimination.

This attorney used a stereotypical image of a tech startup to illustrate his point. Say you are a software company competing for top talent by offering an open workspace environment, flexible work from home options, unlimited vacation days, office pets, and ping pong tables. If those are the perks you use to attract talent, then it might seem antithetical to throw a lengthy employee handbook and a large stack of paperwork at new employees on their first day on the job. You might not be eager to set a stern tone and outline your harassment policy. It might seem like a burden to keep well-documented employee files. And it would definitely be expensive to hire outside counsel to review all of the paperwork and policies.

In today’s litigious world it’s especially important for tech companies to maintain the proper documentation of its policies and procedures. At a minimum you need:

This takes time and resources. It’s not as exciting as pushing the launch button on a new version release. Small software companies would probably rather spend time on product development or customer acquisition. However, the anti-discrimination and harassment policies your company puts in place when it’s small should be thought of us like an insurance policy to save you legal troubles as you scale.

I’m not suggesting having these measures in place would have prevented female engineers at Uber from enduring a culture laced with sexism, or that the VCs who made headlines would have thought twice about how they treat women. In fact, in some of these cases the victims of harassment did come forward and were still silenced. The point here is that your software company is especially vulnerable if you don’t have the framework in place to defend yourself against potential future claims.

You can read the entire Business of Software Conference Code of Conduct here, which was originally adapted from the Ada Initiative (which is freely available for software companies to adapt for their user conferences). Please email me for details about a registration discount code, or to connect with me at the event if you’ll be in Boston for the event on September 18-20.